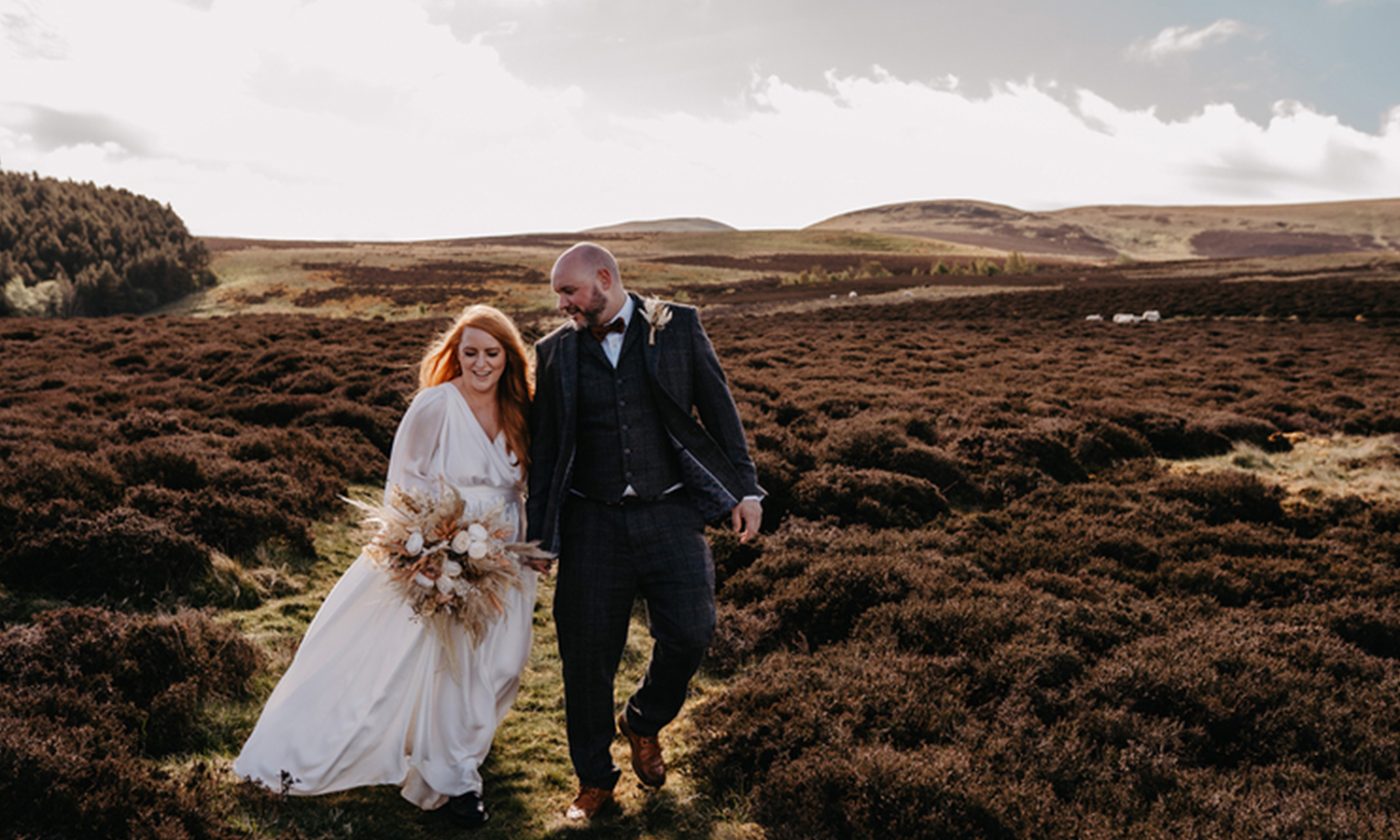 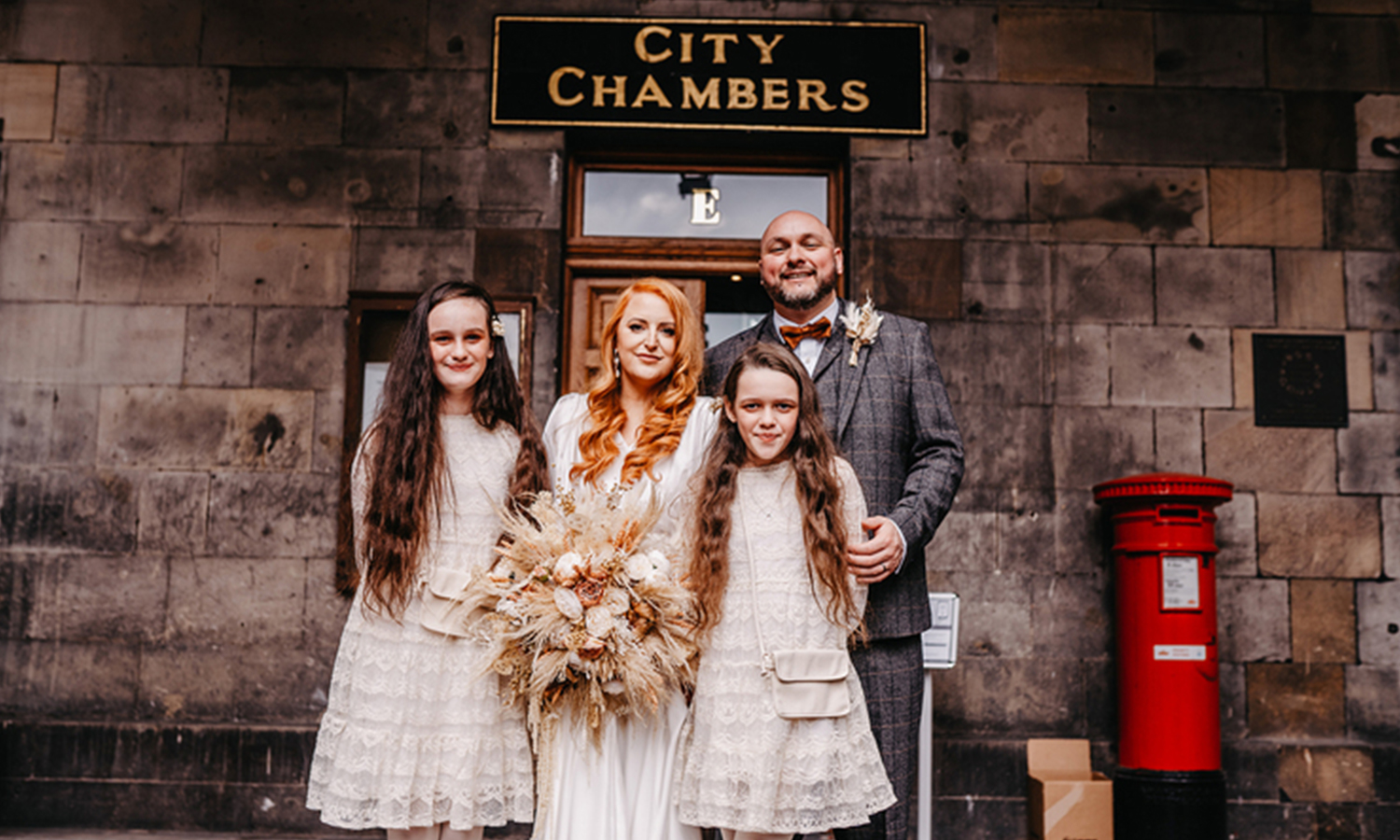 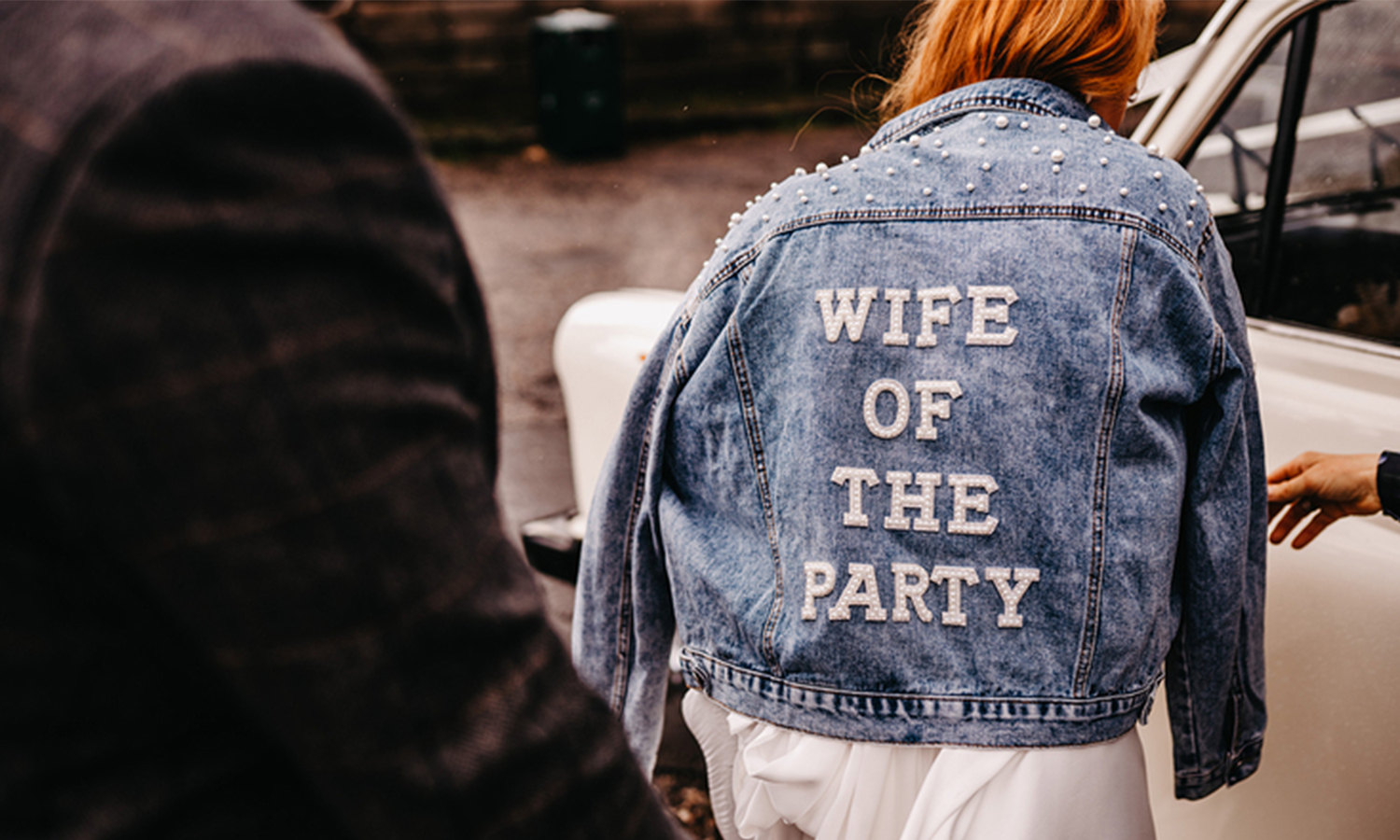 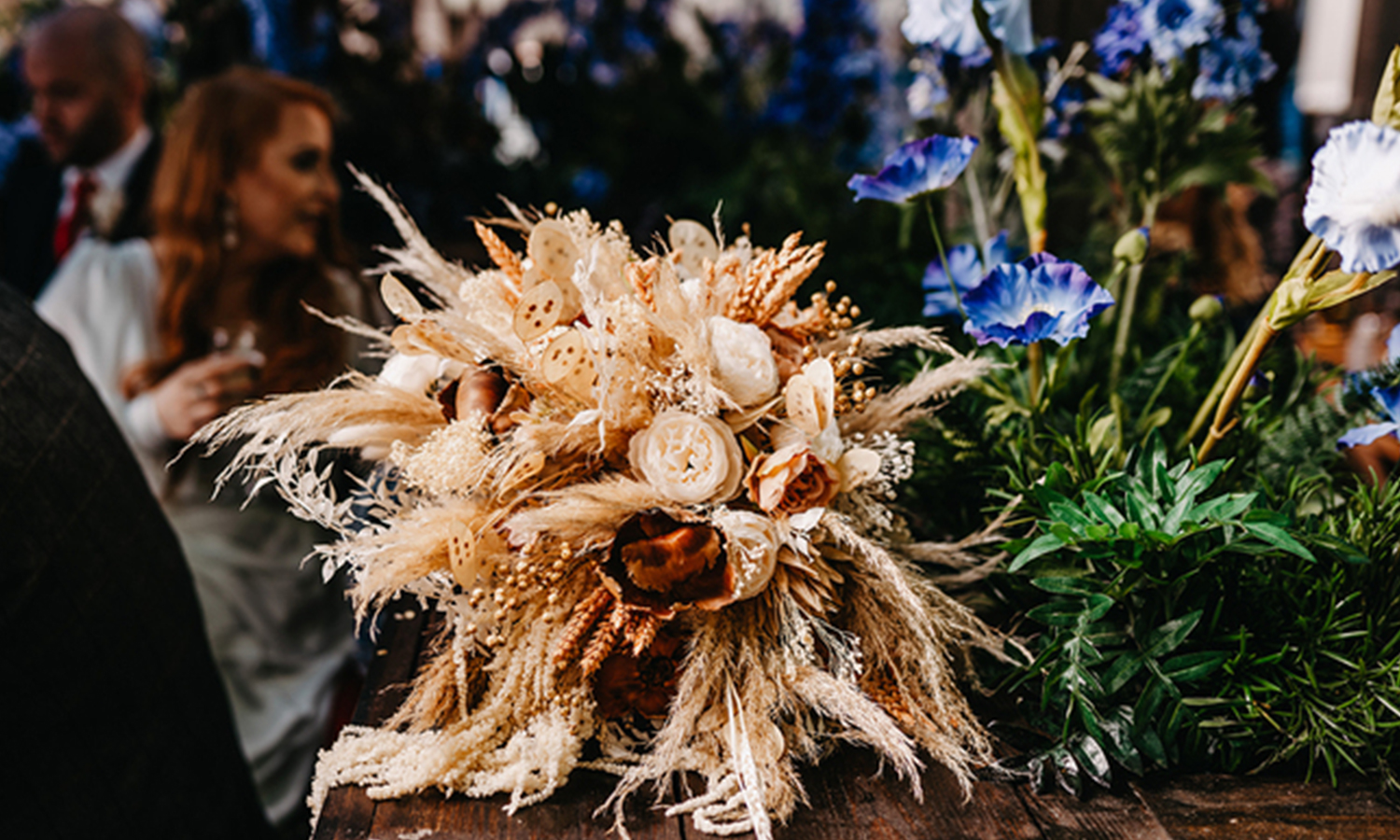 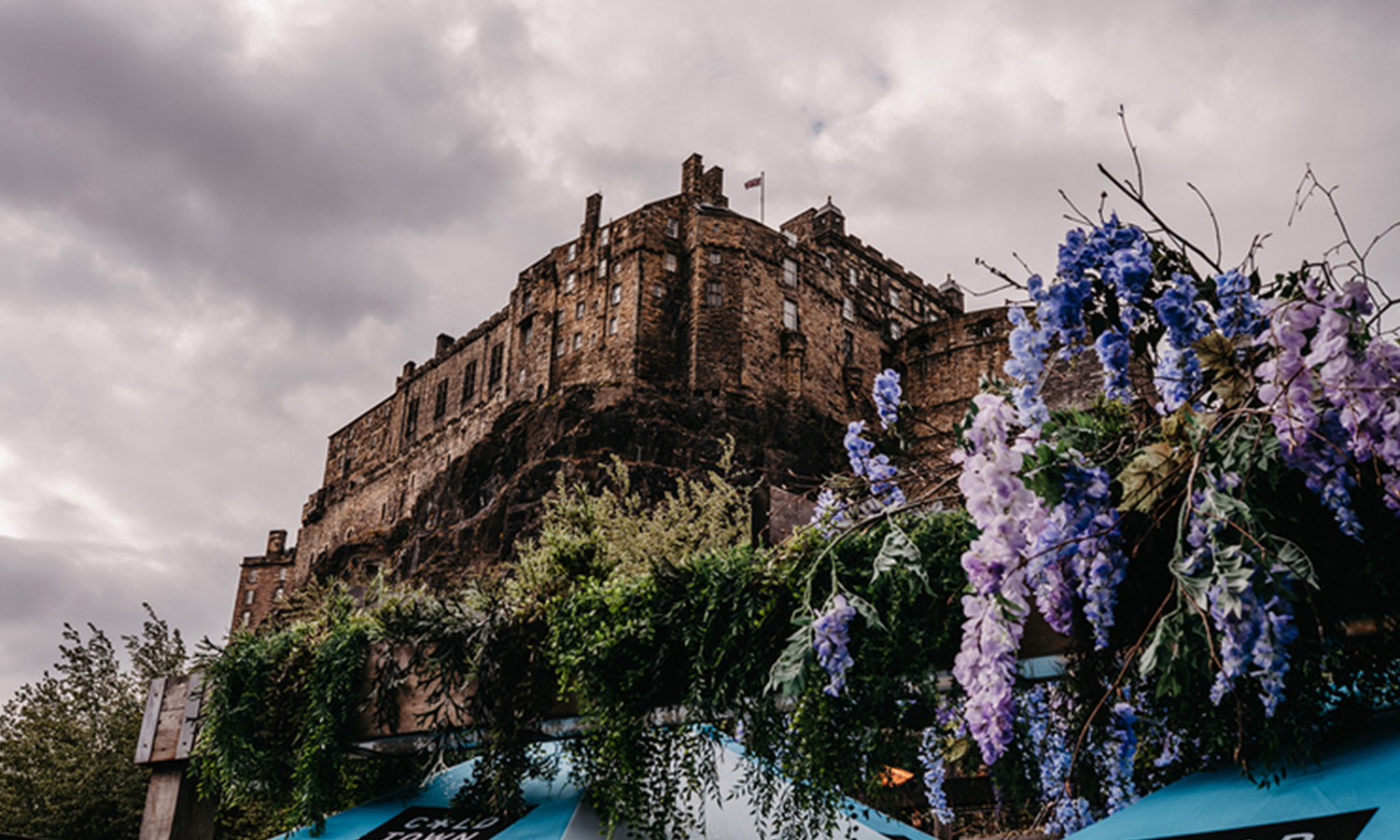 A stylish bohemian wedding at Edinburgh City Chambers, followed by a cool photoshoot at Bonaly

Nikki and Andy first dated eight years ago but it wasn’t the right time for them then.

So when they got back together they knew it was for real and Andy didn’t waste any time in proposing.

“We’d been to another wedding in Lake Garda and decided to pop over to Ibiza from there,” says Nikki.

“He was actually going to propose at Lake Garda all romantic but bottled it and ended up doing it in Ibiza after a couple of jugs of sangria.”

Her mum passed away not long before the couple got engaged and Nikki wanted a replica of her ring in white gold and Andy’s sister’s friend Joseph Alessander made a beautiful piece for her.

As they set upon planning their wedding they were determined it would be all about them and what they really wanted – a small, intimate and relaxed day.

They’d visited Edinburgh before and spied a couple walking around in their wedding outfits.

“It looked like the simple day we wanted,” says Nikki.

“All about them and so different to weddings we’d seen or been to before.”

Unfortunately, the pandemic played havoc with their original plans for a 2020 wedding with a reception in steak restaurant Kyloe.

Restrictions meant their May 2021 wedding reception had to switch venues to Cold Town House in the city’s Grassmarket.

“[Finding a venue] was a nightmare but we managed to get in the bar with the best views in Edinburgh, had pizza, burgers and cocktails and the sun even came out so it all worked out in the end!” smiles Nikki.

Sowing the seeds of love

The couple didn’t have any additional venue décor but made sure they brought their boho vibe together in their flowers and suits.

They also made gift bags for each guest with a drink, shortbread, order of the day, personalised face mask and confetti.

“We also had a packet of seeds for my mum for each guest to plant in her memory to make her part of the day,” adds Nikki.

Nikki jokes that she had the idea of her 70s boho dress in her head even before she got engaged!

“My idol is Stevie Nicks so I wanted the balloon sleeves, buttons and flowy silk,” she says.

Luckily her dressmaker Klue Doll was able to create her magical dream dress.

She had bought all sorts of hair accessories but decided to keep her look minimal with beautiful mother of pearl earrings from Andy and a cool denim “wife of the party” jacket.

Nikki had her older sister as her maid of honour and four flower girls – Andy’s daughters and Nikki’s nieces.

“You can imagine the noise levels!” she laughs.

Nikki’s sister had thought of everything on the morning of the day, setting up a lovely breakfast and fizz and making a playlist of all their songs.

The bride walked down the aisle to the couple’s special song; Paolo Nutini’s Better Man.

They married in a simple ceremony with Nikki managing to keep it together saying her vows.

“Then Andy said his and he cried and I felt bad for not crying!” she smiles.

After the ceremony their amazing vintage car driver Gillian teamed up with photographer Sinéad to whizz them round Edinburgh for photos.

Then they arrived at Cold Town House to Prosecco trees, before feasting on burgers, pizzas, meatballs, halloumi and truffle fries.

“Last minute turned out to be more us than we ever planned!” says Nikki.

Her dad’s speech had all their guests in stitches.

“He’s known for his jokes and sense of humour and he had everyone laughing with a lovely toast for my mum too!” she says.

“He said he wasn’t going to say much, then pulled out a ream of paper.”

“Our reception was so relaxed and intimate,” says Nikki.

“Everyone could talk to each other. There was so much laughing and happiness – exactly what we wanted.”

Covid restrictions meant they could only stay for two hours but had their first dance later in their pyjamas.

“We ended the night eating leftover breakfast food in bed talking about the day and how amazing it turned out.”

Two days later, Sinéad took them on an adventure to Bonaly for some more beautiful shots.

“We asked for Scottish wilderness and that’s what we got!” says Nikki.

“I loved walking through the magical woodland in my floaty dress and Dr Martens.

These photos were taken and supplied by Sinéad Firman Photography

“Nikki and Andy’s wedding was full of fun! I loved their sense of
adventure. It was really special to meet their lovely friends and
family and I felt very at home in their company!”
Sinéad
Sinéad Firman Photography

A stylish bohemian wedding at Edinburgh City Chambers, followed by a cool photoshoot at Bonaly 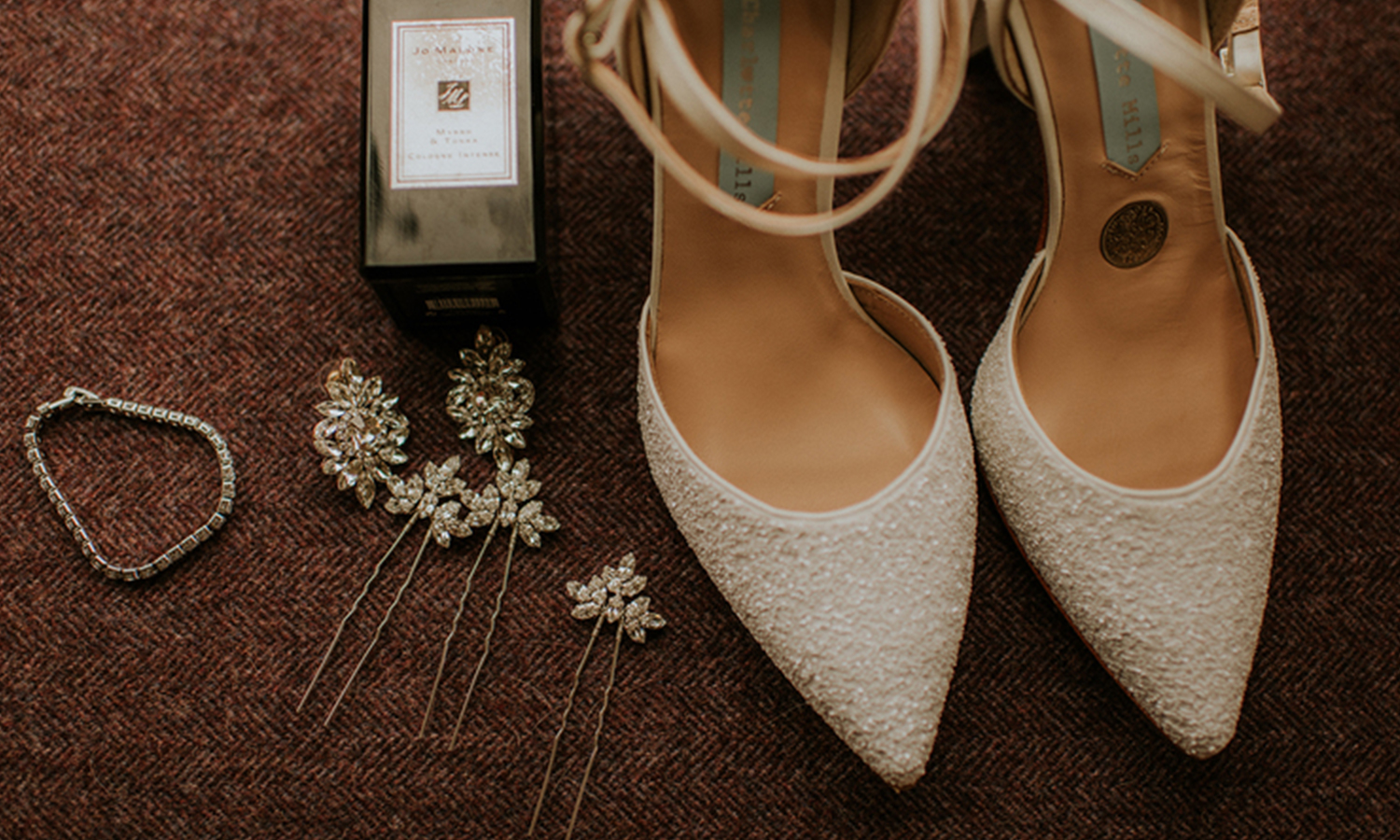 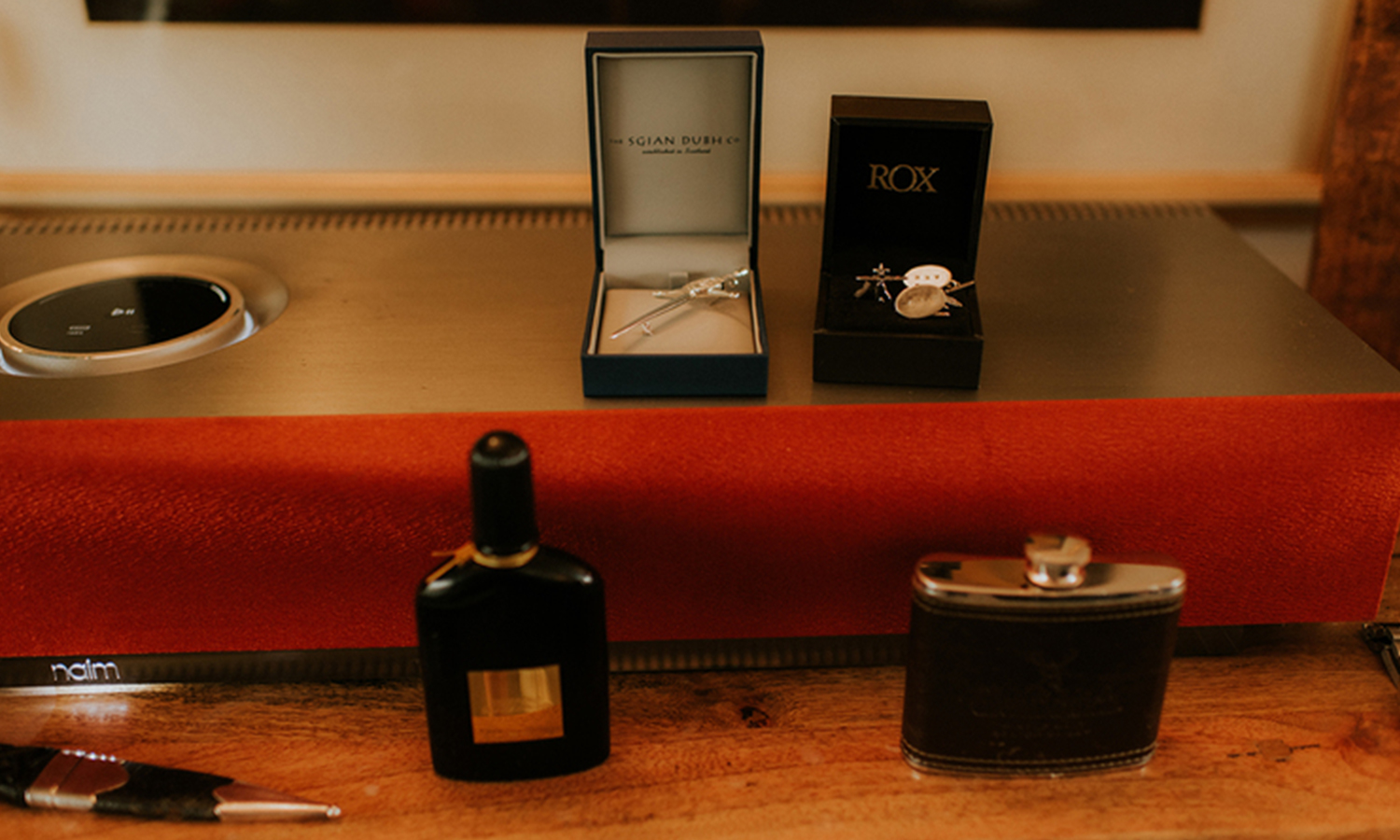 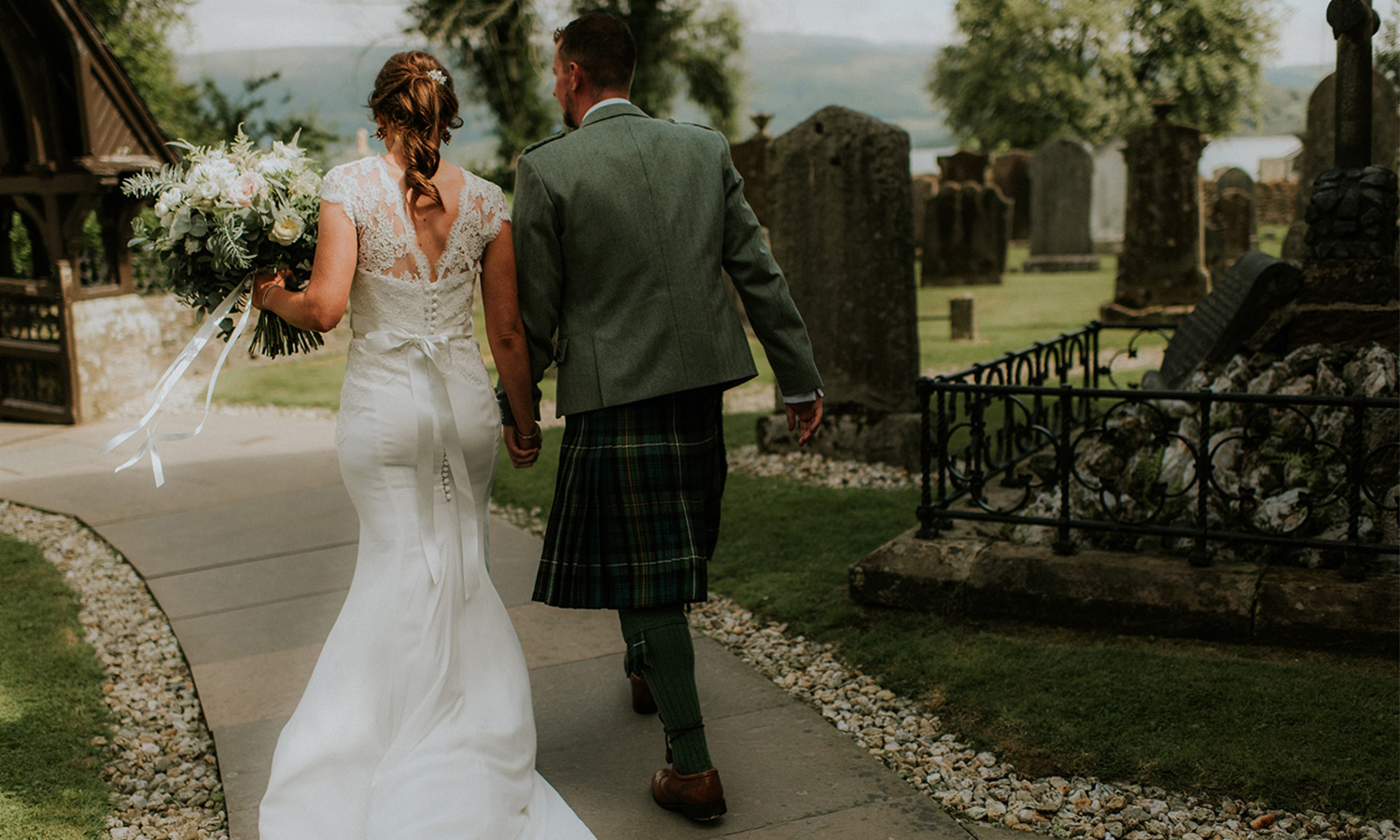 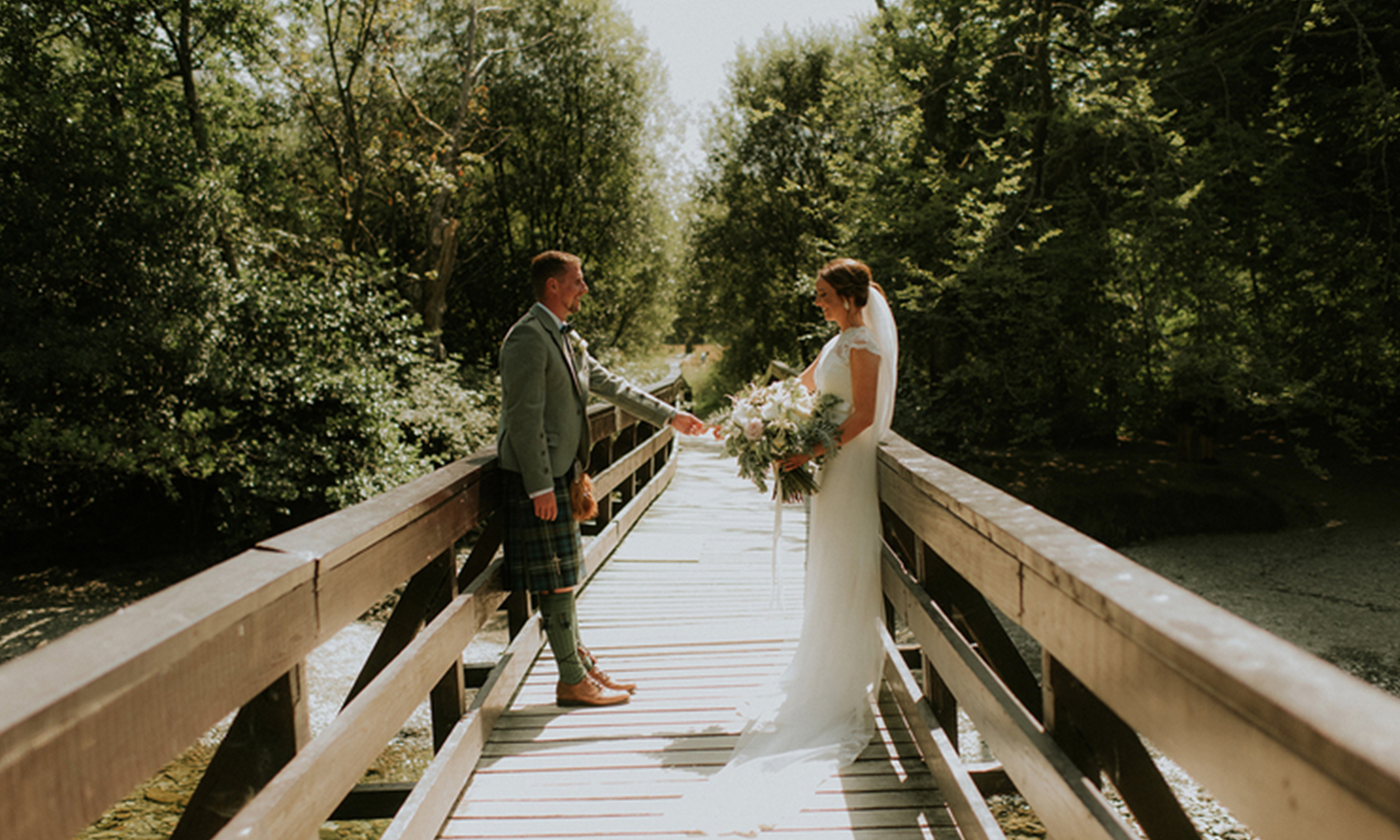 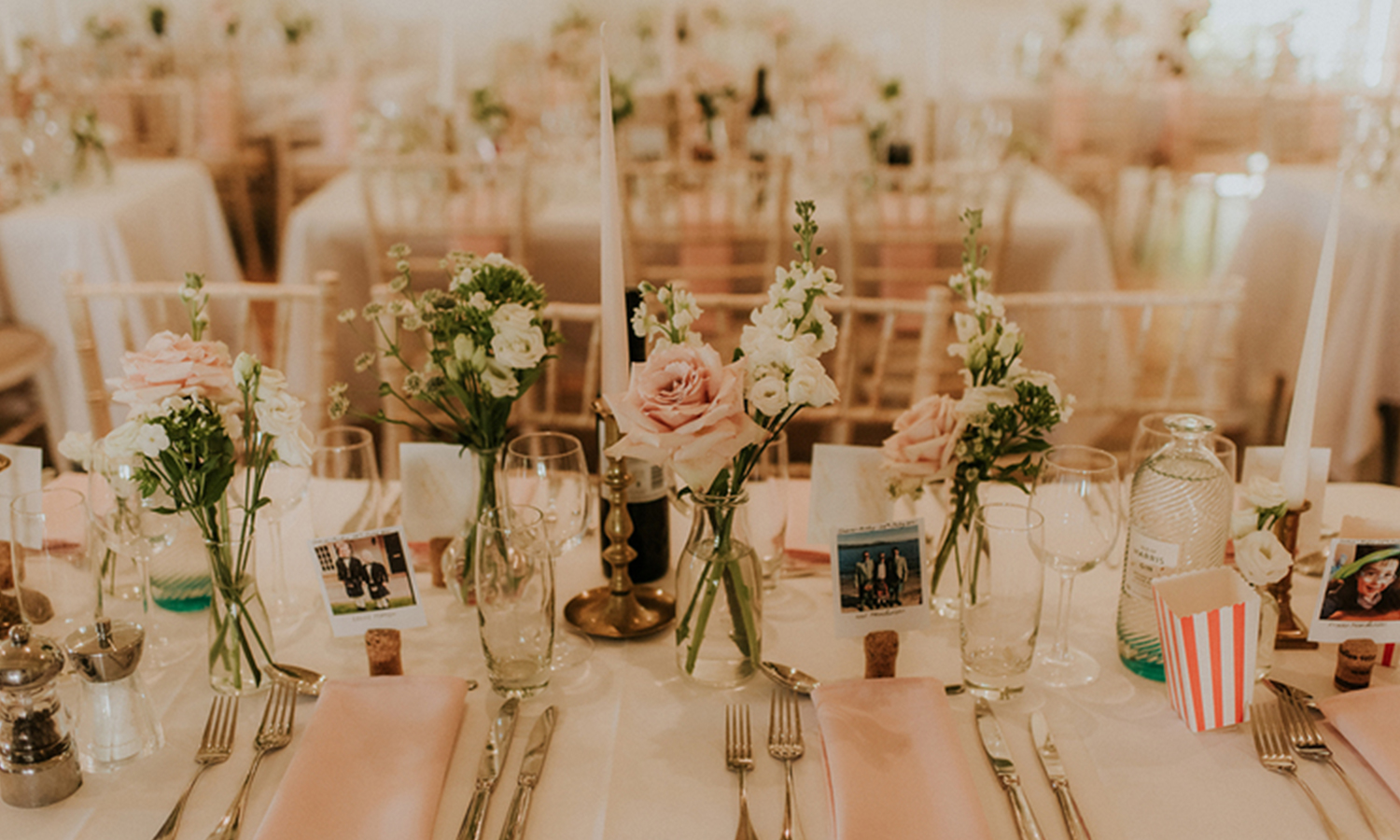 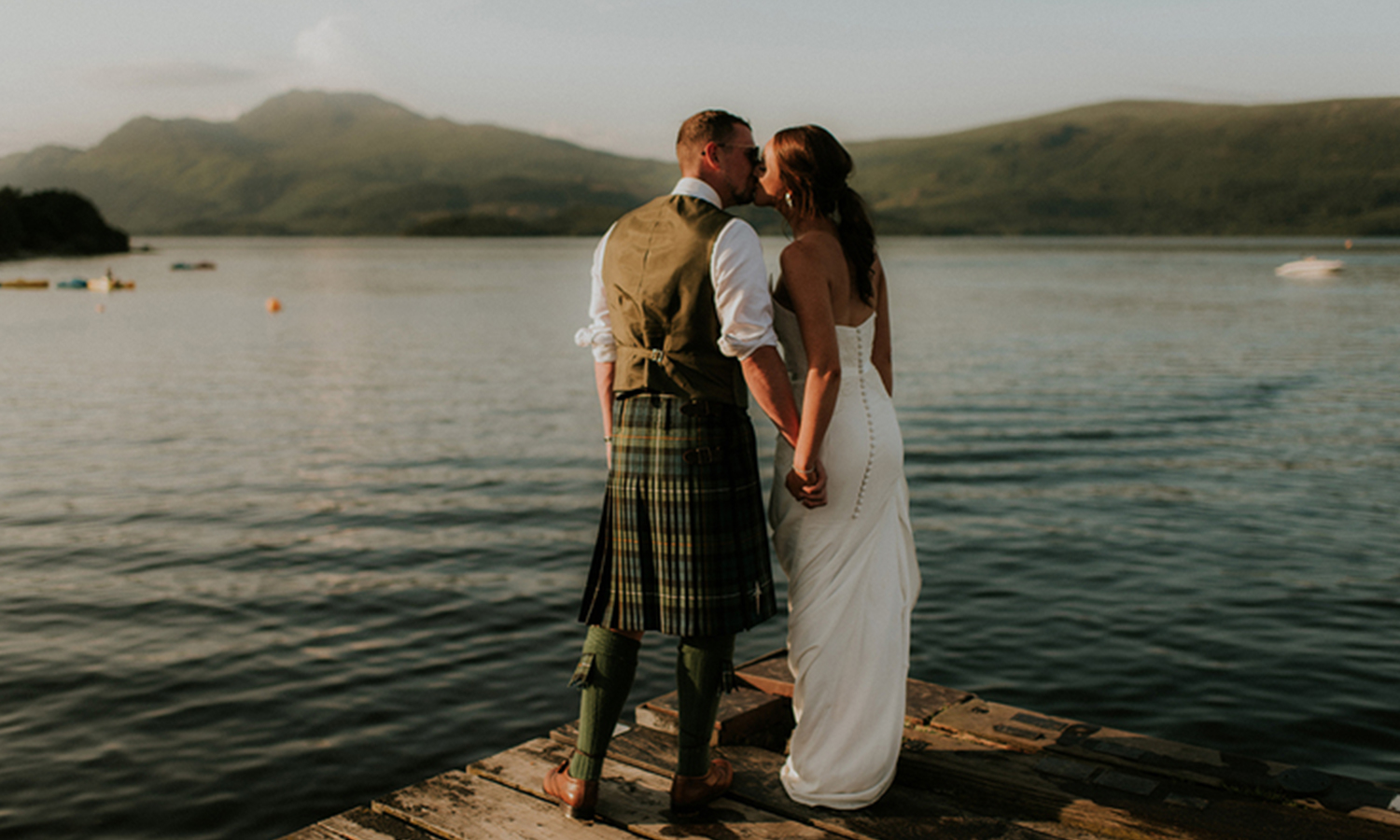 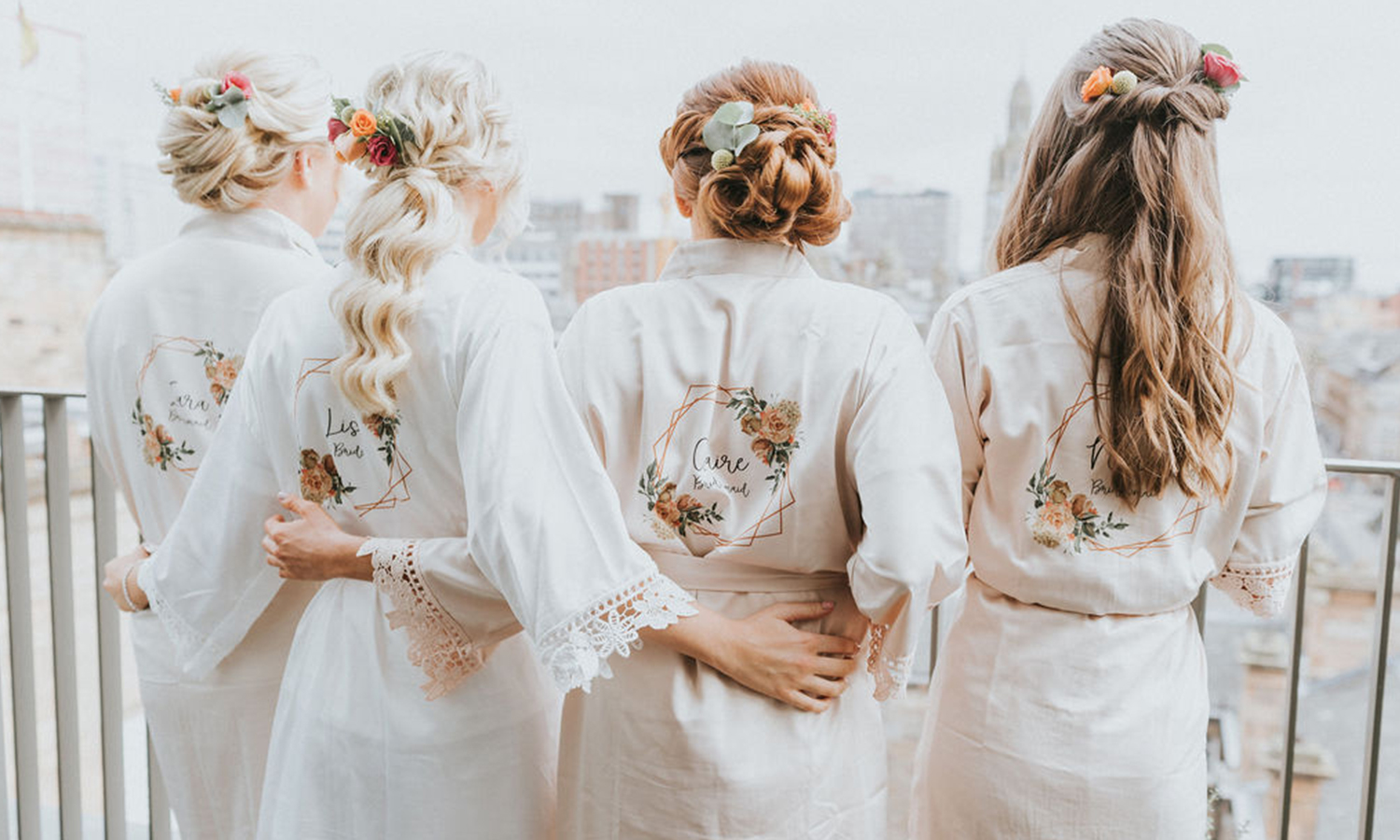 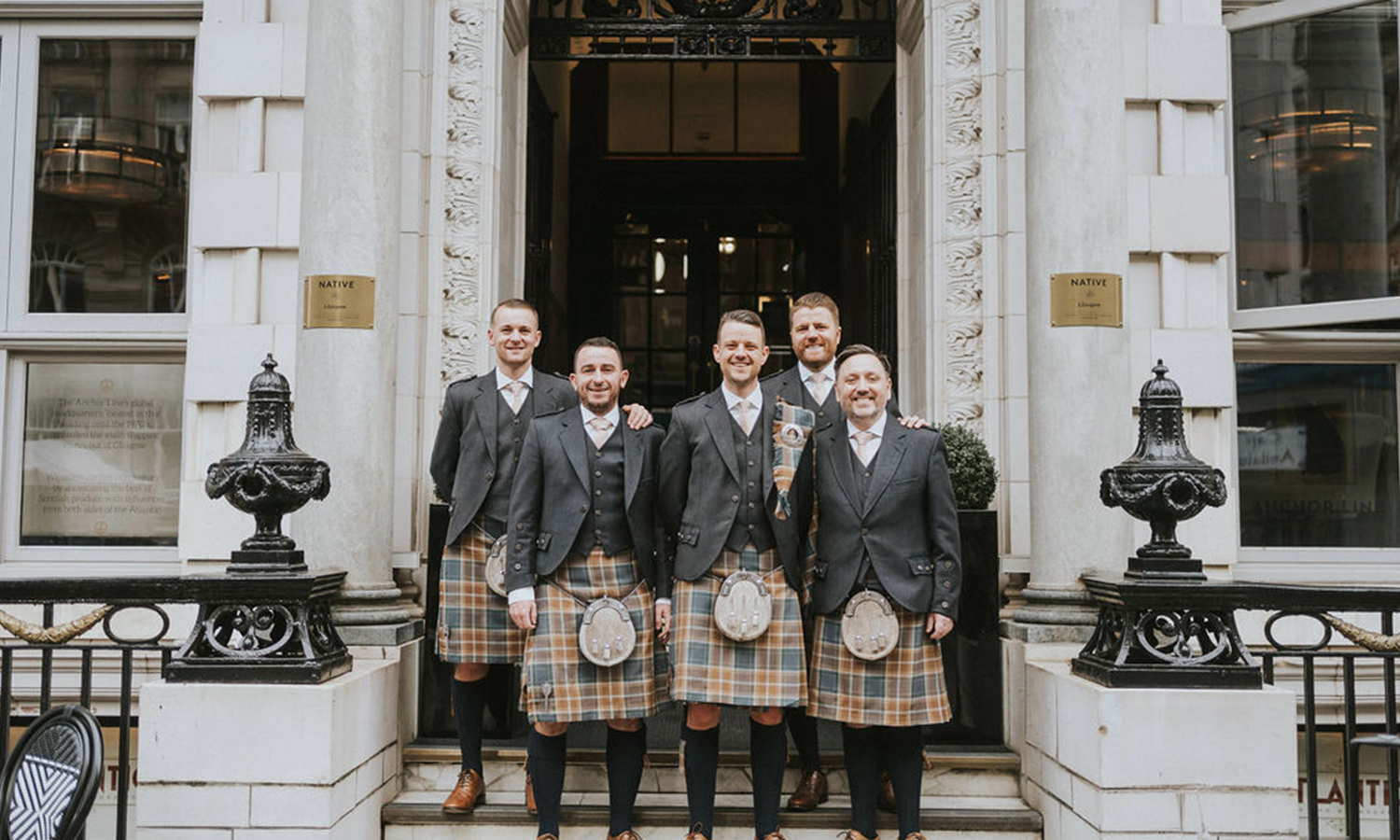 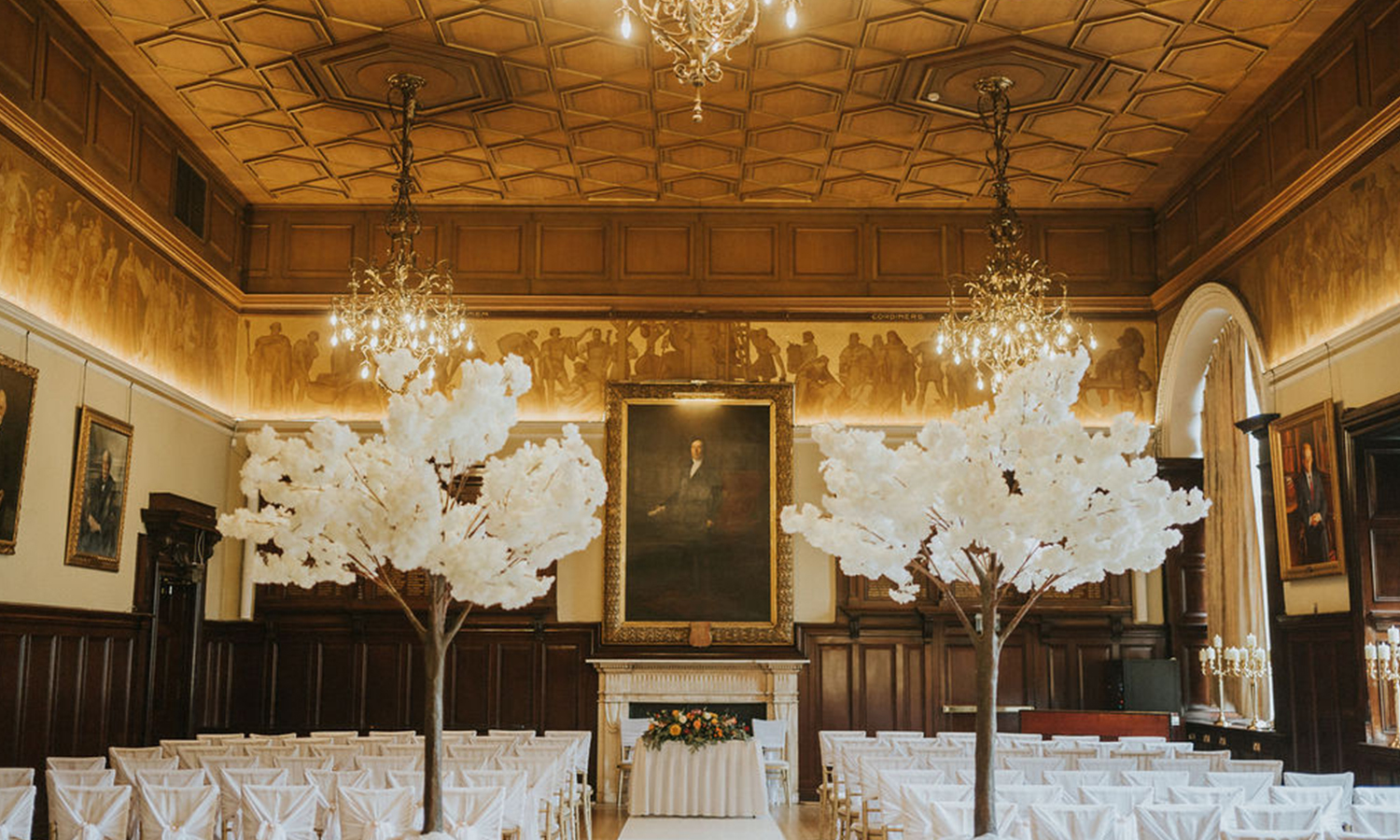 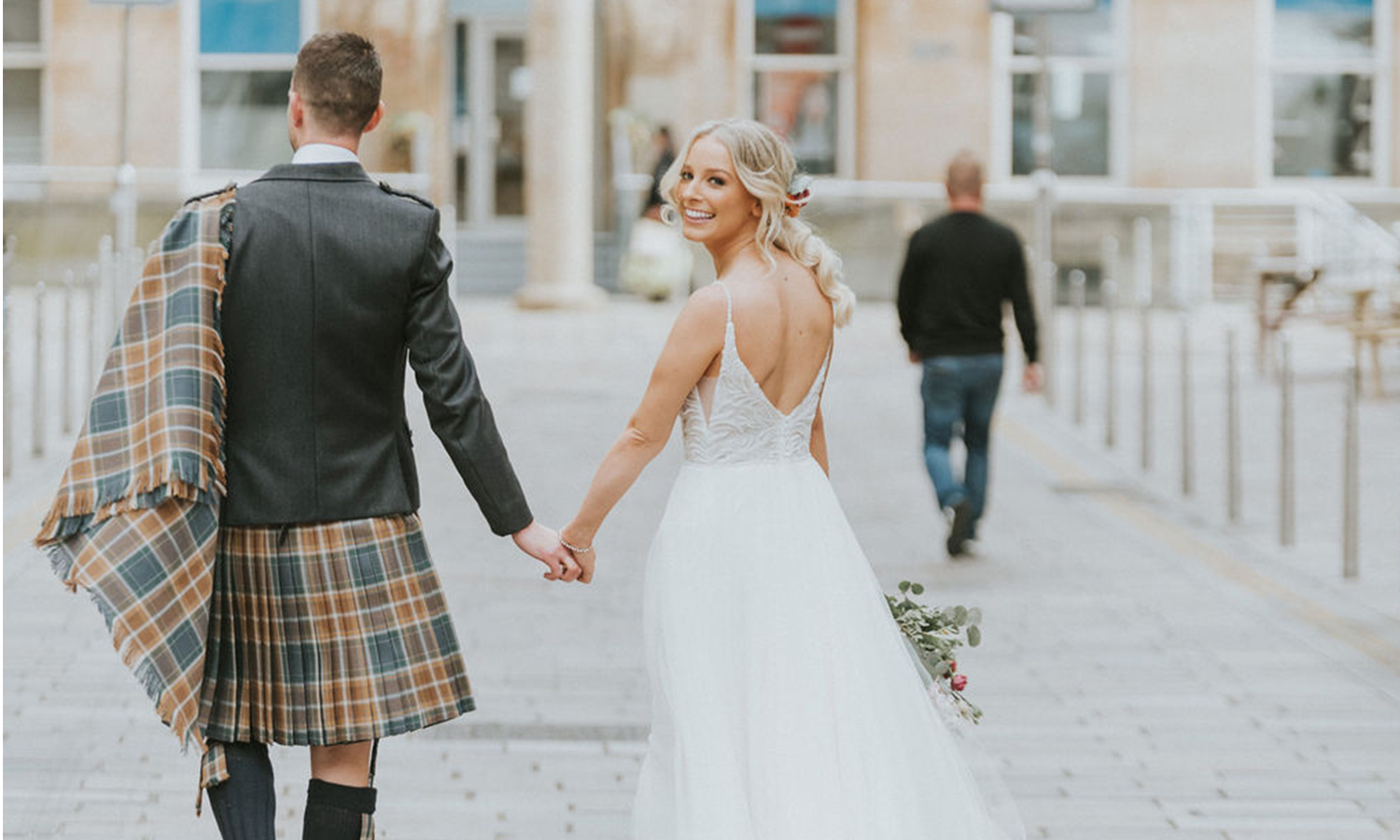 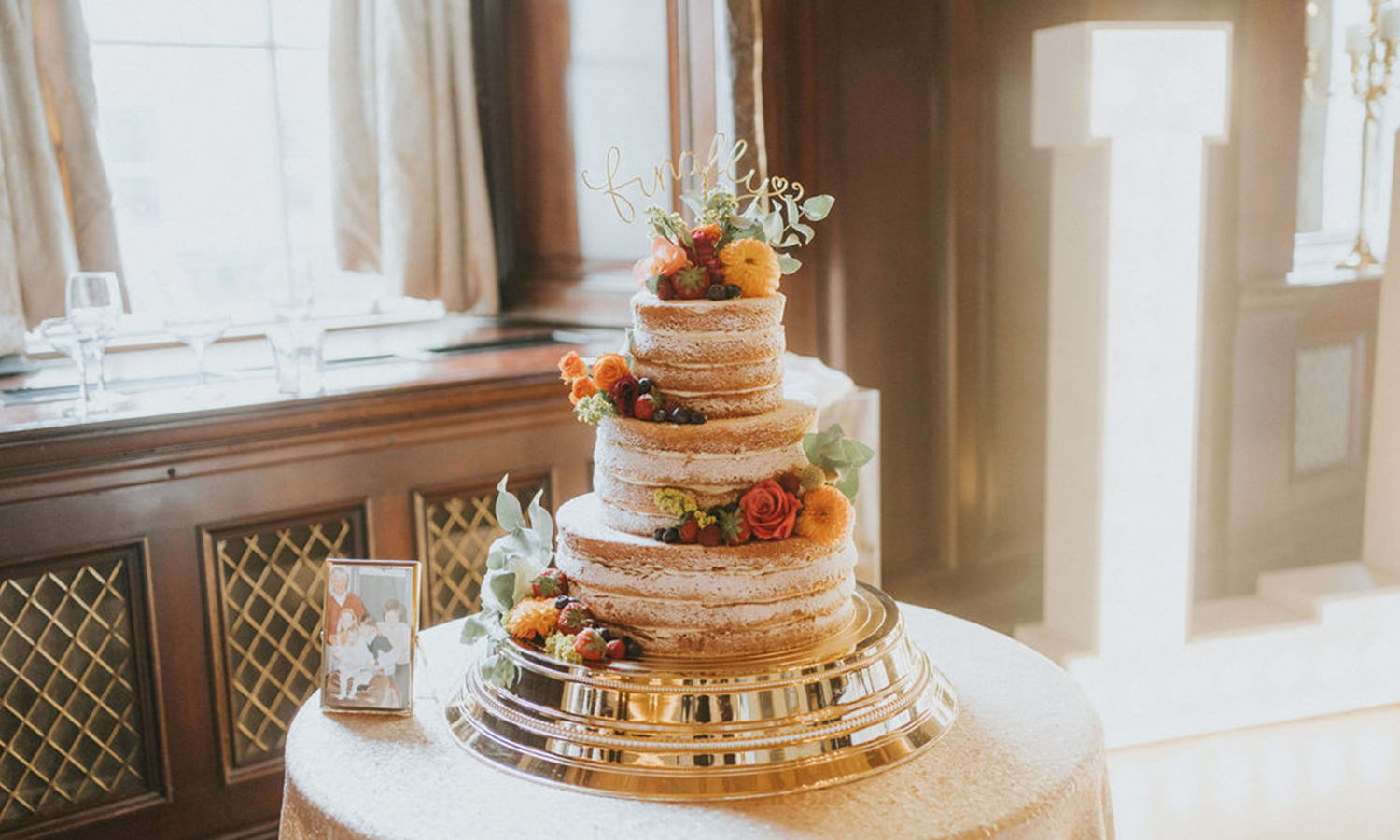 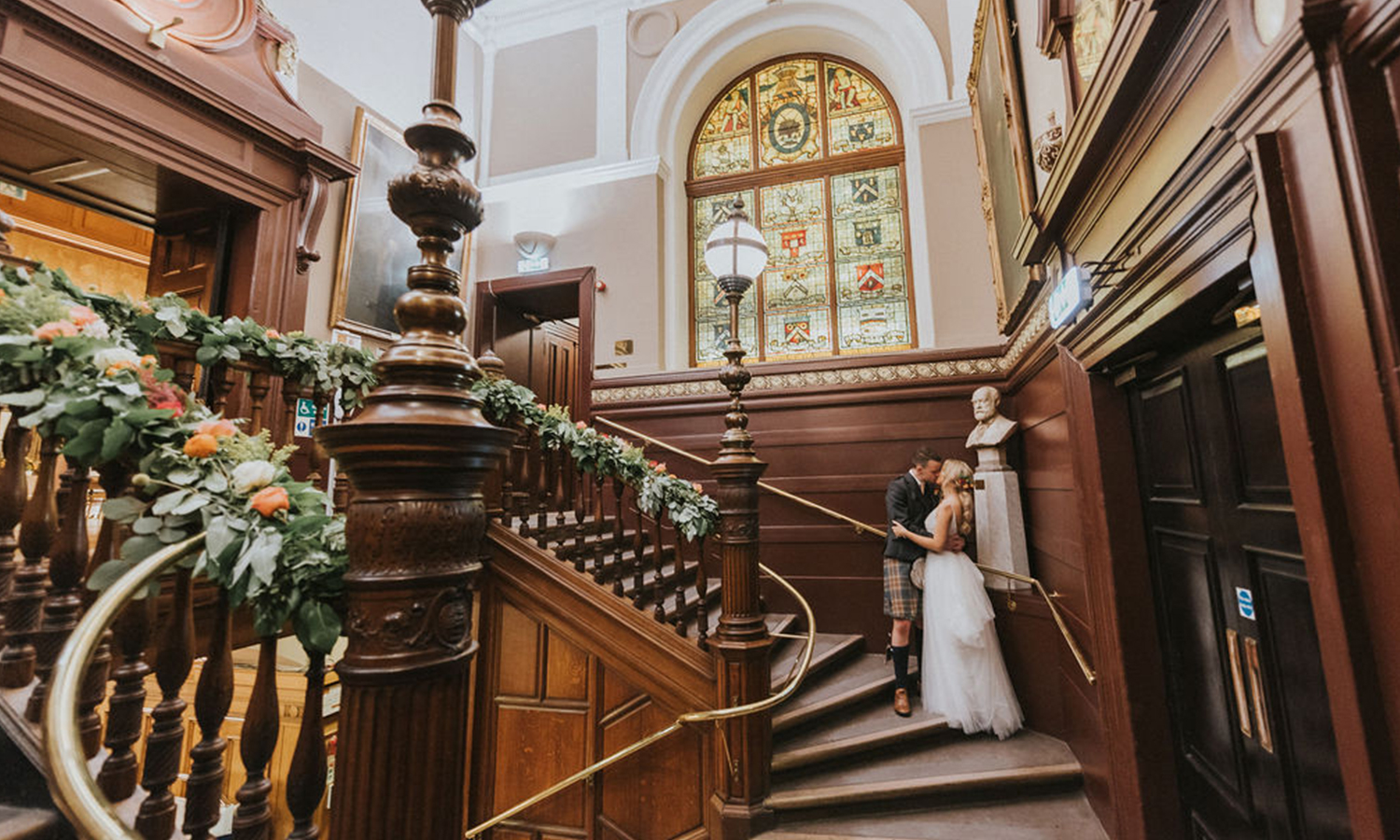 A beautiful autumnal wedding at The Trades Hall, Glasgow