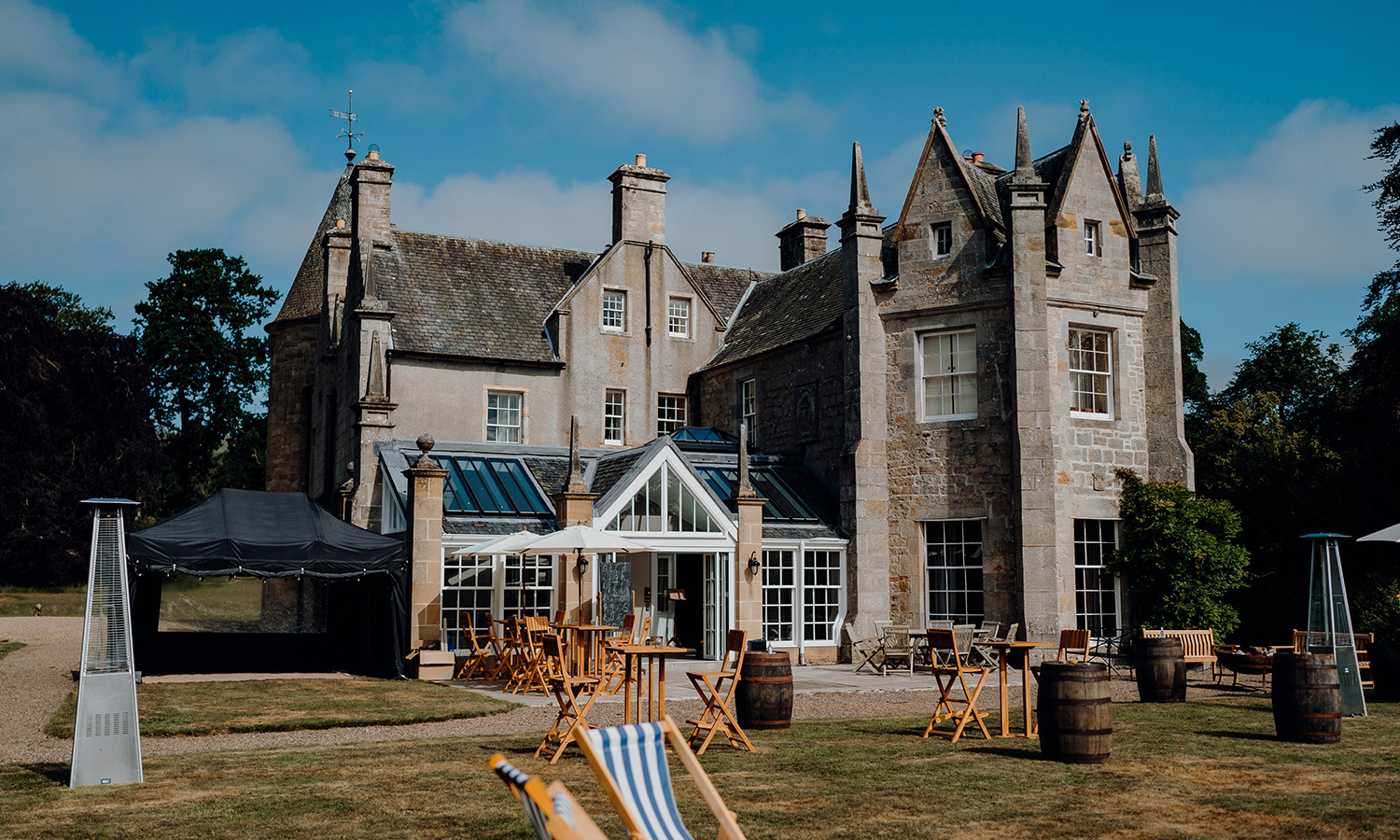 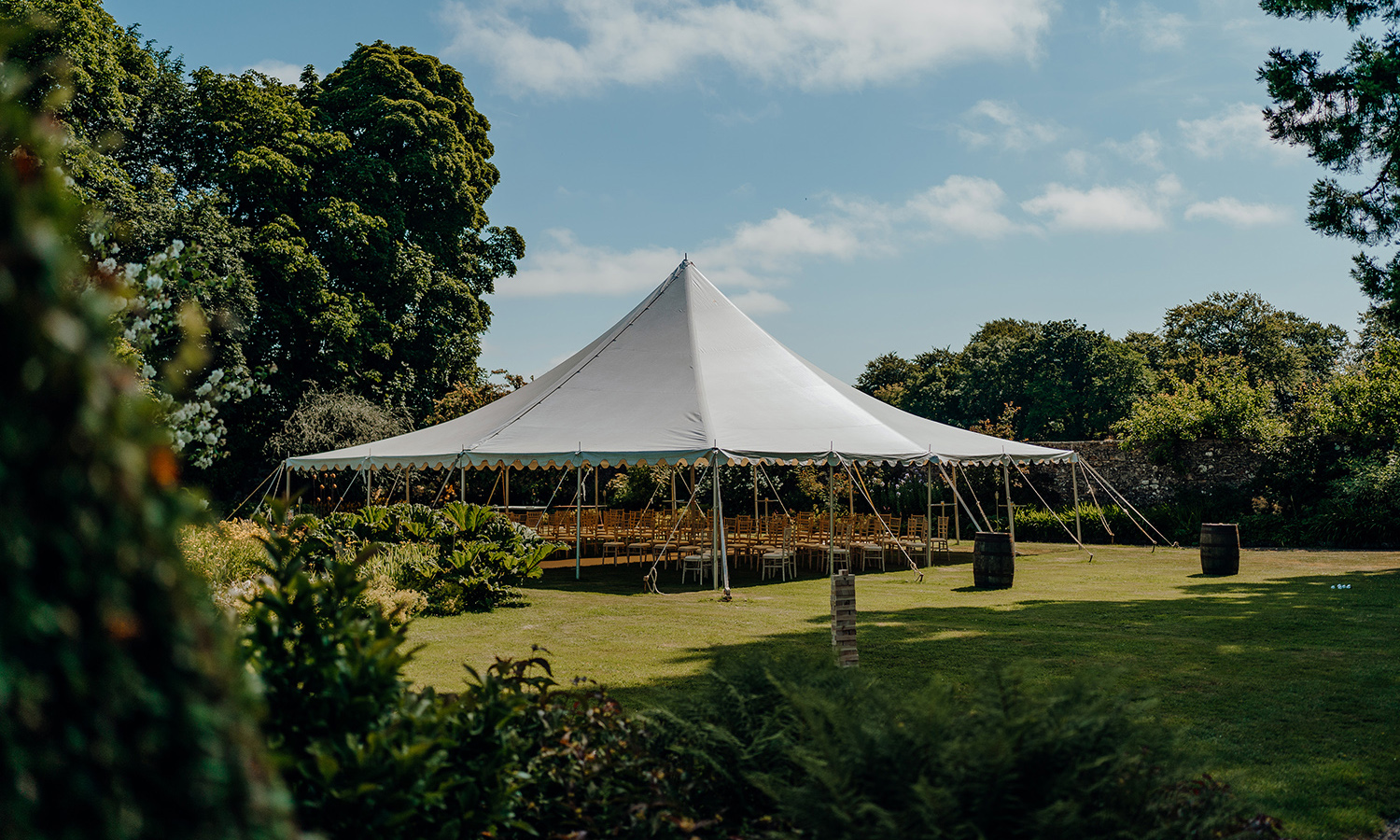 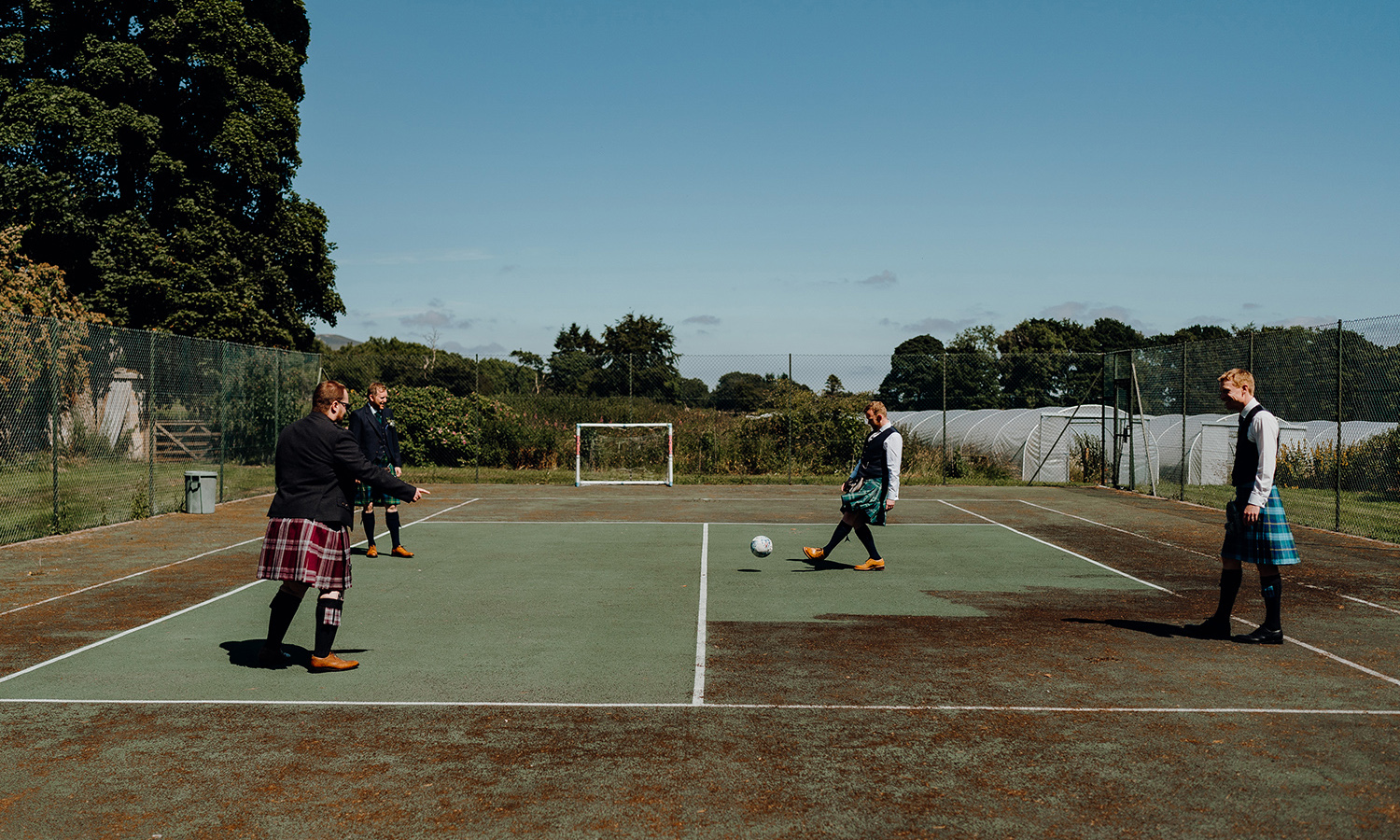 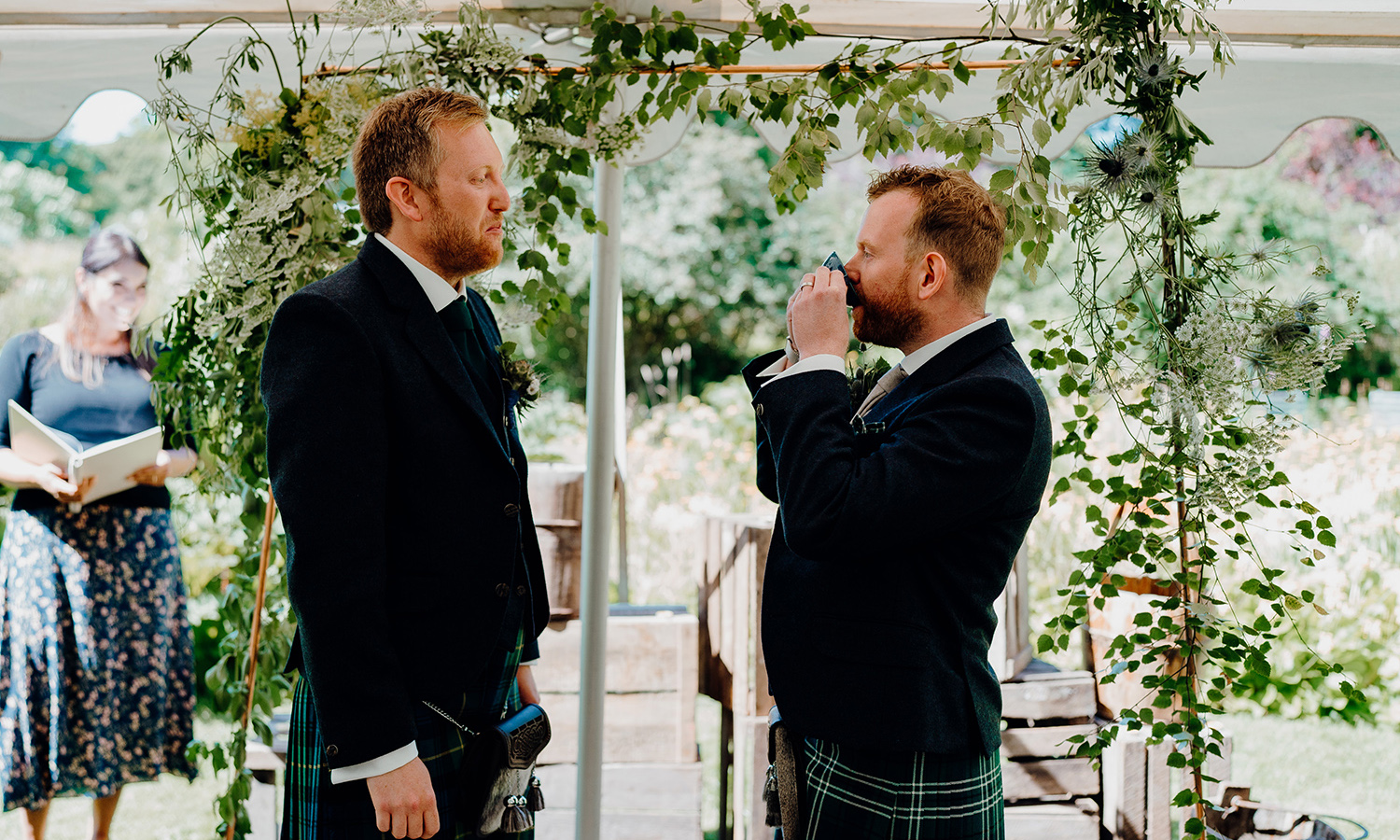 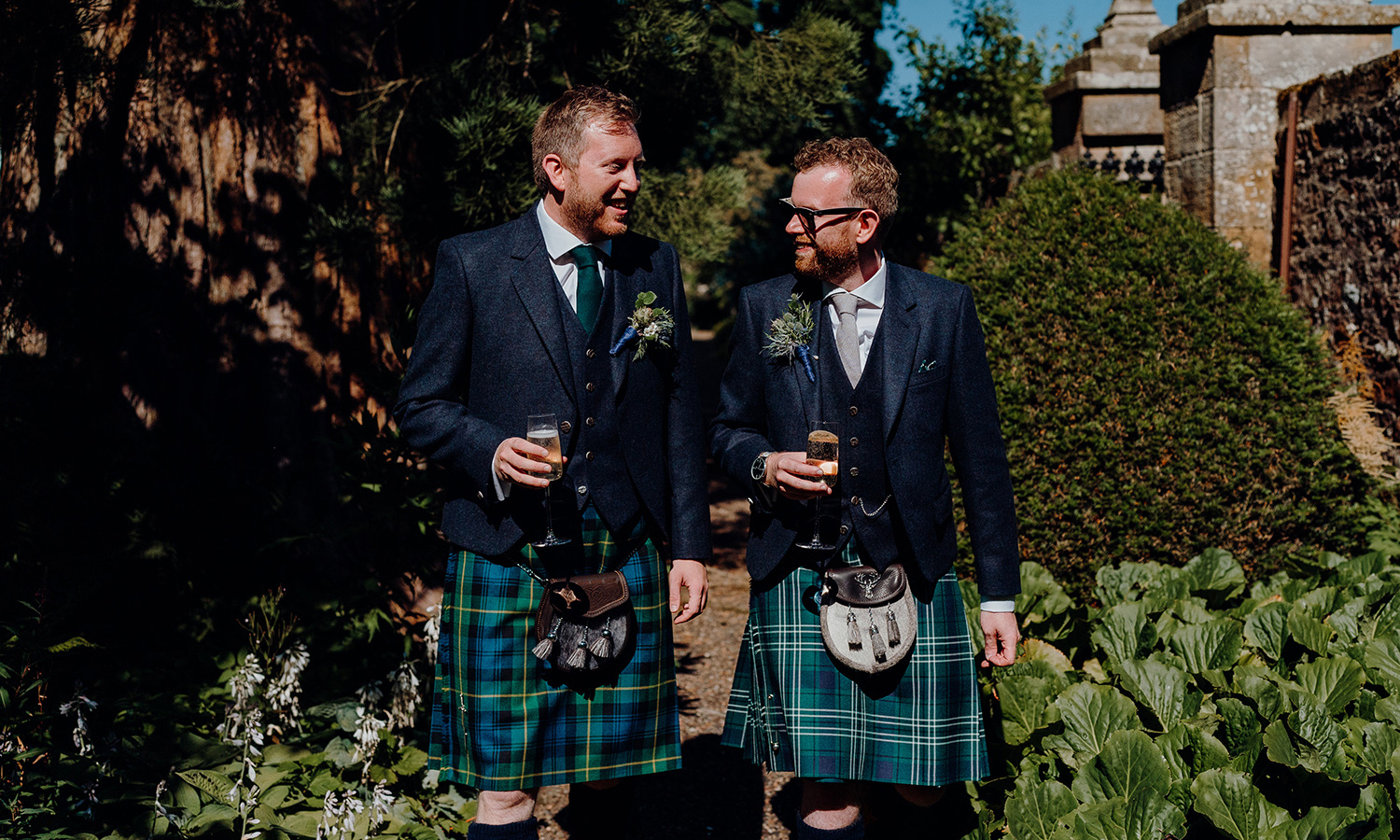 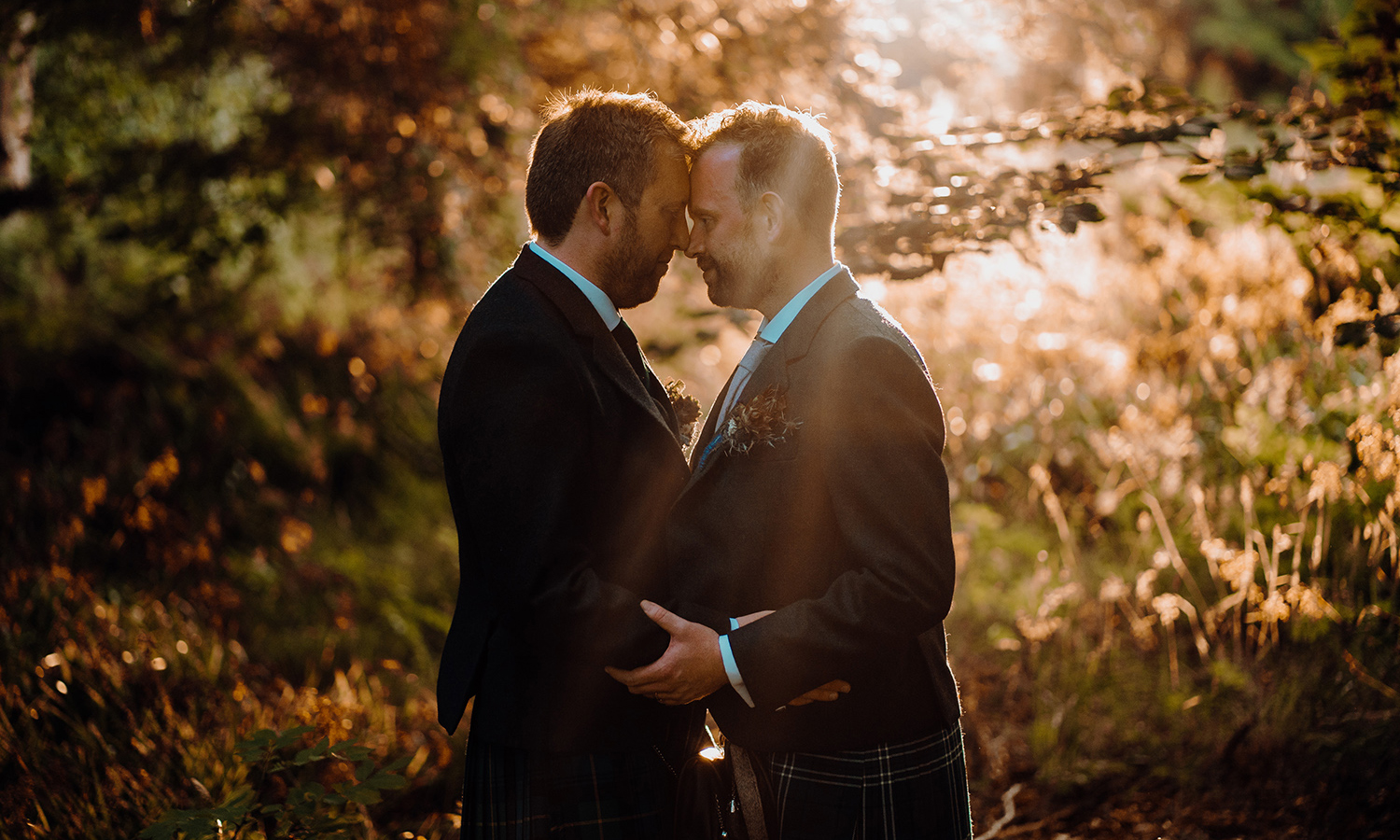 From the moment they got engaged, Paul and Steven knew the venue they picked for their wedding would have to be able to accommodate a proper celebration that would stretch beyond the big day itself.

They wanted to be able to savour the moments and were also nervous about being the centre of attention.

“Making it feel more like a fun weekend away was key!” explains Paul.

This romantic groom had proposed to Steve on his 30th birthday during a holiday to Japan.

They were staying in a suite at the Park Hyatt – the famous setting for Lost in Translation – and so celebrated in true Bill Murray style by drinking old fashioneds in the rooftop bar.

Back home, the search for the venue was on but after viewing Newhall Estate they quickly discovered nowhere else compared.

“It became the yardstick against which we marked all our subsequent viewings,” says Paul.

“It’s beautiful, exclusive-use, has a variety of spaces to use through the day, and has plenty of accommodation so we could have all our nearest and dearest with us for the whole weekend.”

But it wasn’t all plain sailing.

Covid restrictions forced them to delay their wedding by exactly a year and sadly they lost a few suppliers.

The restrictions by the time of their new date still limited dancing and indoor entertainment.

Luckily however, Paul is an event producer and he put his skills to use – and took a big gamble on the Scottish weather – to source outdoor furniture and lighting and adapt their catering and entertainment to suit an al fresco festival style.

It’s all about the detail

Architect Steve also brought his creative flair to the table when helping to plan their wedding.

Describing themselves as not “particularly ‘floral’ people” they devised a simple, modern, and elegant vibe with a navy blue and cream colour scheme with hessian accents.

They both got to work handmaking all their invitations and creating personalised luggage tags and survival packs for guests who were staying over.

Paul and Steve also created a wedding logo “which adorned virtually everything”, made their own signage and sourced outdoor games like hoopla and a coconut shy to add to their festival vibe.

And empty bottles of gin and whisky filled with fairy lights made gorgeous table centrepieces.

Steve had always wanted his groom to wear a kilt but Englishman Paul thought it would be “sacrilege”.

However, having lived in Scotland for 17 years he eventually decided he could be classed as Scottish and forgiven for wearing a kilt.

Steve smiles, “I was so glad I managed to wear down Paul!”

Decision made, they headed to Kinloch Anderson to be fitted for matching jackets and socks and then went their own way when deciding on tartans and accessories.

Steve was chuffed he still fitted the kilt he got when he was 21!

Then for the ultimate personalisation, the grooms had bespoke cufflinks made with their wedding day logo.

The night before the wedding Paul, Steve, their families and closest friends enjoyed an informal dinner before keeping it traditional and going their separate ways.

Steve slept like a log in one of the estate cottages while Paul tried the amazing bridal suite.

However, he barely slept.

“I was too nervous and excited, and I was in true event planning mode, going over my to-do list.”

Eventually he gave up and got up at 5am to do all the set-up tasks.

The couple were piped down the aisle together, by Roddy the Piper playing Highland Cathedral, for their outdoor ceremony in the walled garden.

“It was a gloriously sunny day and it was such a lovely sight to see all our friends and family gathered in the amazing gardens looking back at us,” remembers Paul.

“Walking down the aisle together, hand in hand was amazing. We could feel the love and encouragement from all in attendance.”

Paul and Steve opted for a humanist ceremony and were full of praise for their celebrant Candice Dillen.

“She was incredibly professional and organised but had such a great personality and sense of fun.”

Then the fun continued during the speeches – particularly when their parents poked fun at their hatred of ironing!

And Steve got the best surprise when the BBC news-style speech by one of his “best people” cut to a Zoom link to one best man – who was “trapped” in New
Zealand – so he could give his speech.

After dinner the entire wedding headed back outside for a “simply magical” reception.

The lawn was dressed with flaming torches and festoon lighting, the band The Jets played a stripped back gig and Jim the Magician entertained the guests.

Looking back, Paul says they ended up having a very different wedding to what they originally envisaged but it was so much better!

But the highlight was marrying each other.

“It was never something that either of us imagined would be possible, and we feel so lucky to have been able to have done so!”

These photos were taken and supplied by Ross Alexander Photography

“Paul and Stephen came to me after, sadly, their original photographers were unable to do their wedding and luckily I had their date free. We had a quick chat, clicked straight away and the rest is history. Their wedding will stay with me forever, the sun was shining, the vibes were relaxed and positive and it was a wedding where you could feel how happy everyone was for Paul and Stephen. Obviously, all weddings are happy but this wedding
had all the feels. A memorable moment from the day was watching Paul trying to make his speech, he tried but the words just couldn’t come out without the floodgates opening so
Stephen (Mr Cool,) stepped in like a knight in shining armour to make a perfect speech for Paul. They’re a perfect couple and I was so chuffed to be part of it all.”
Ross
Ross Alexander Photography 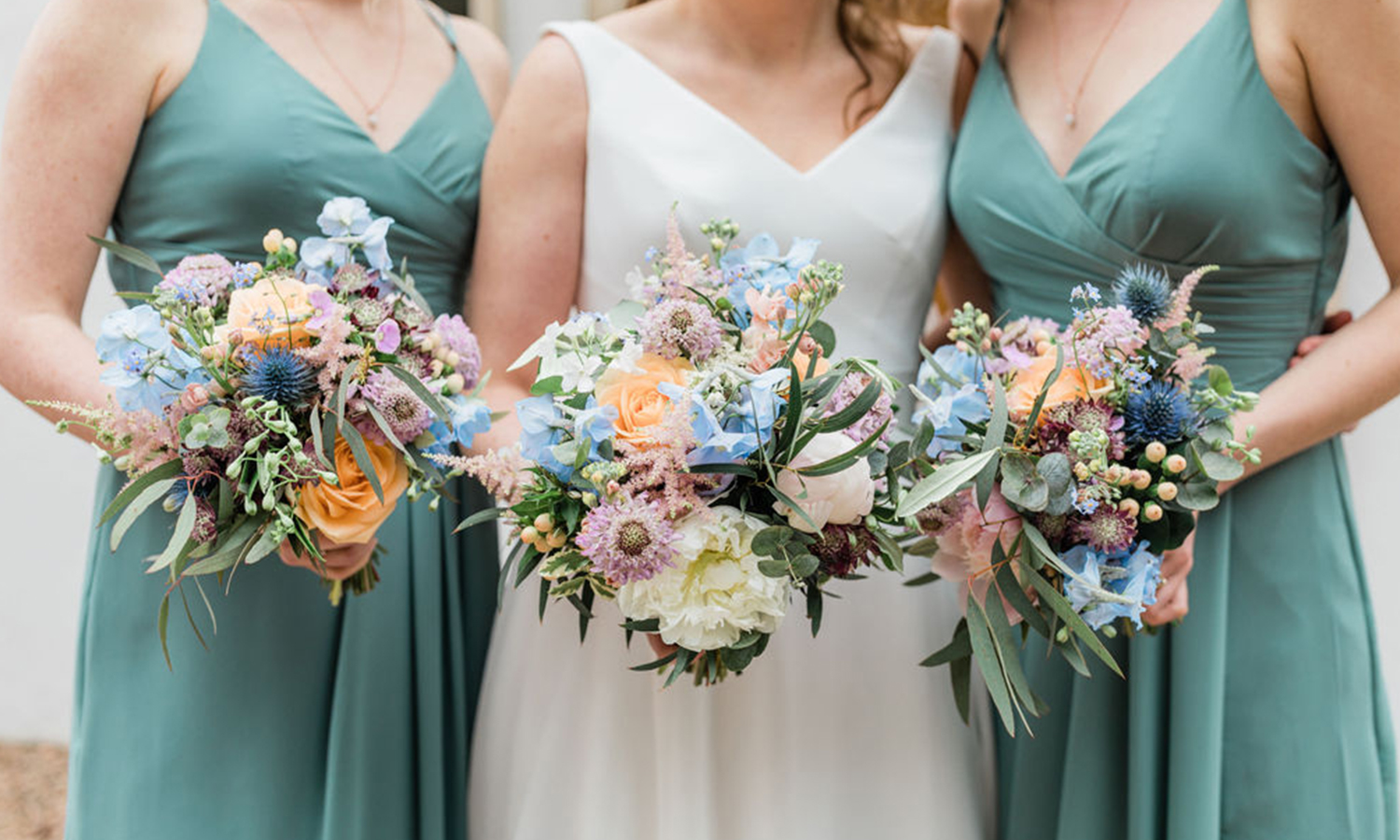 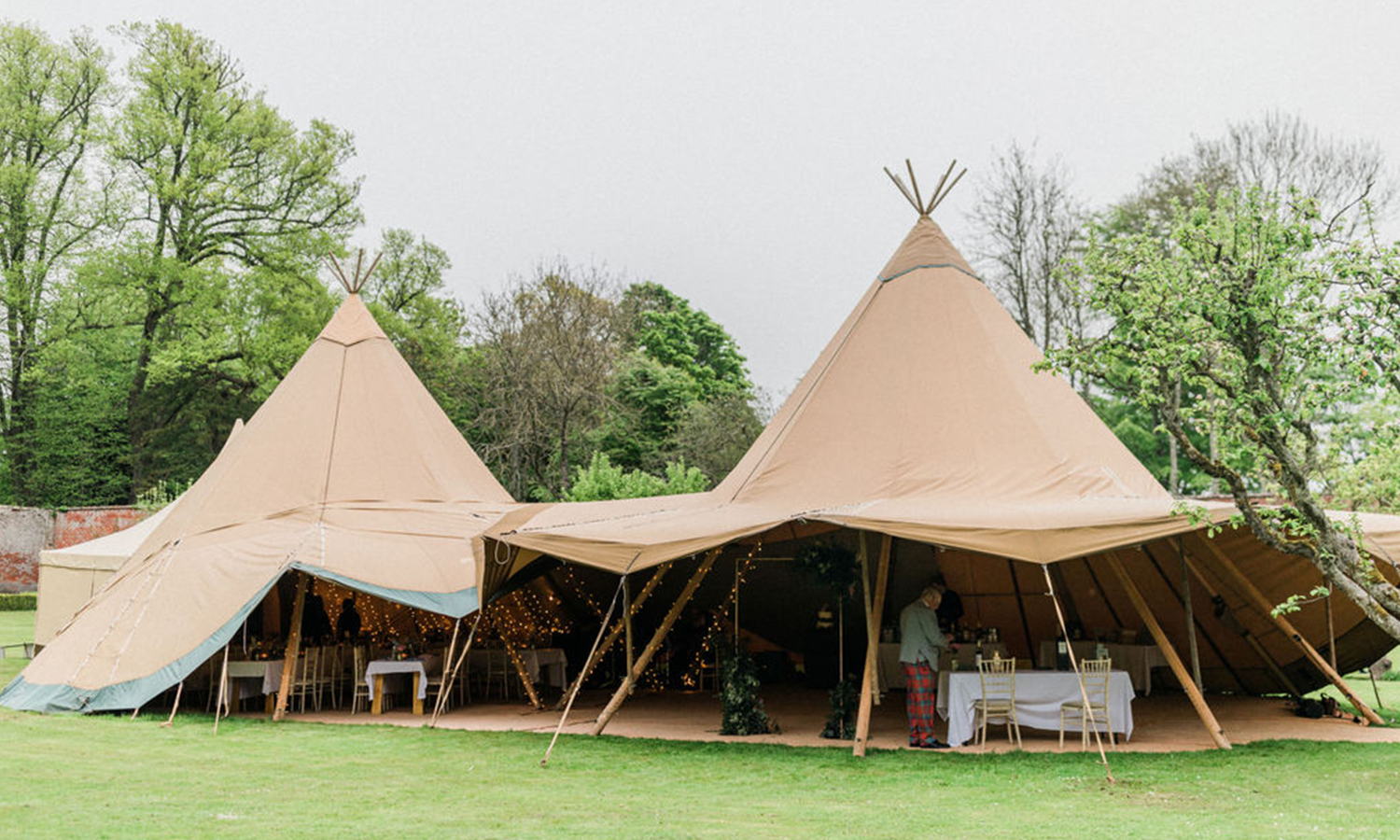 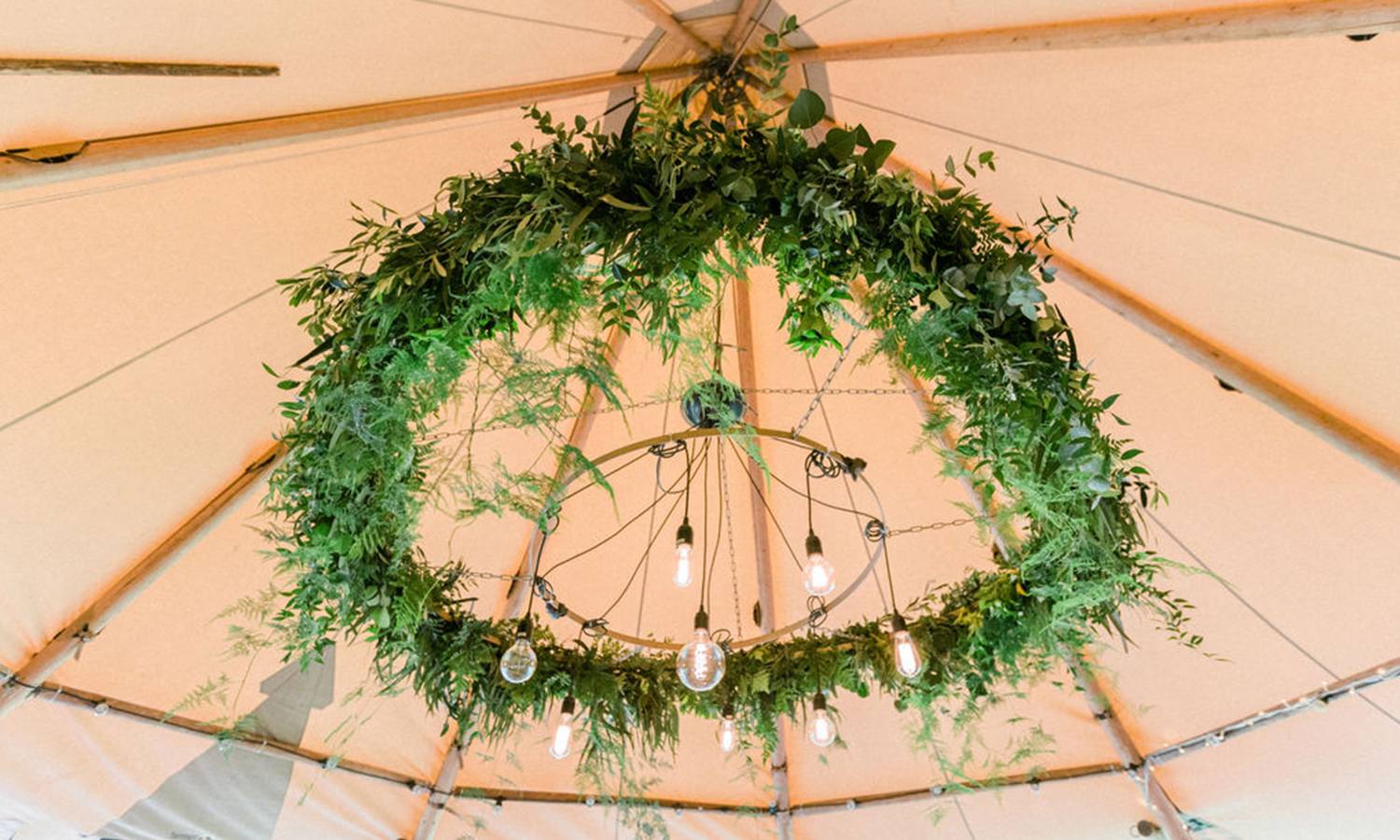 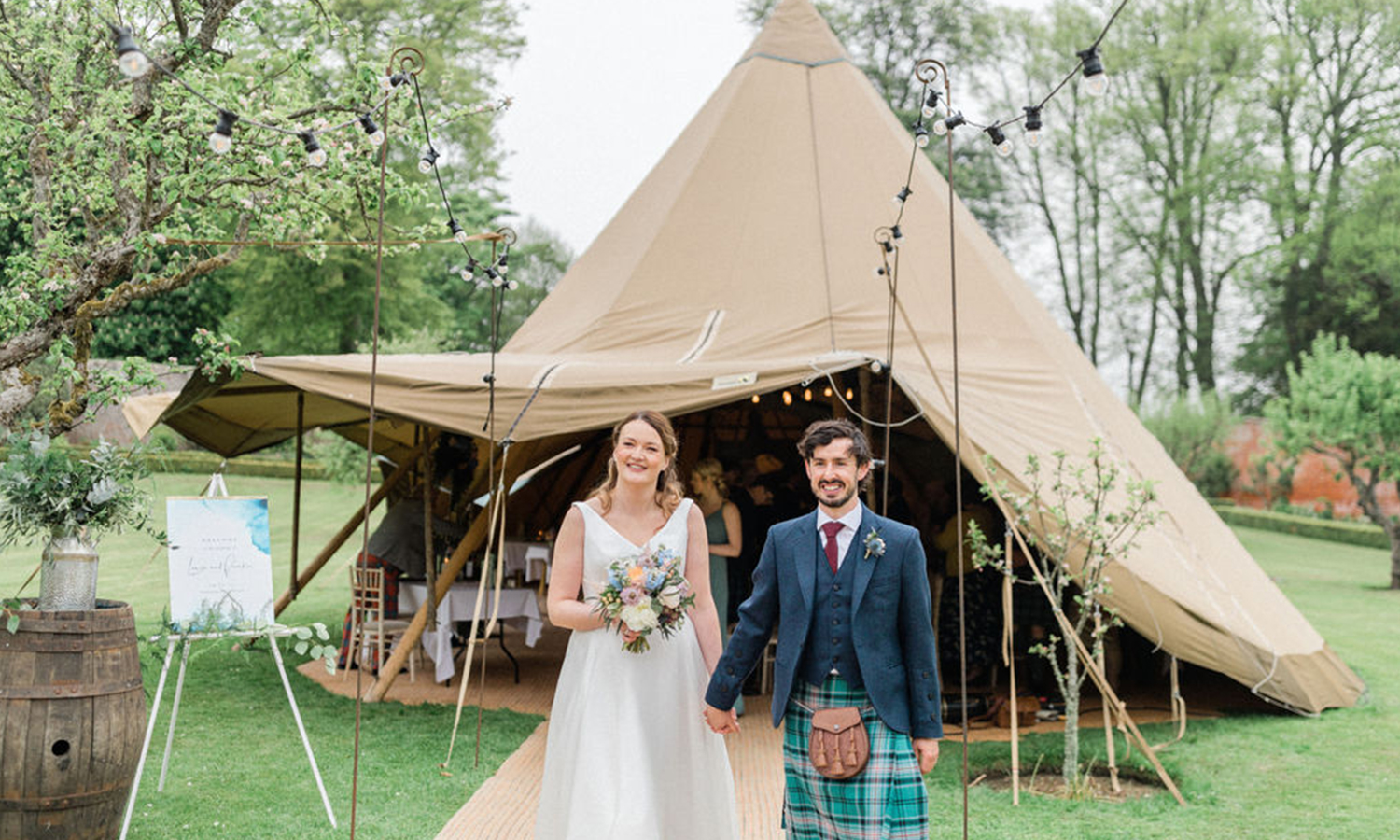 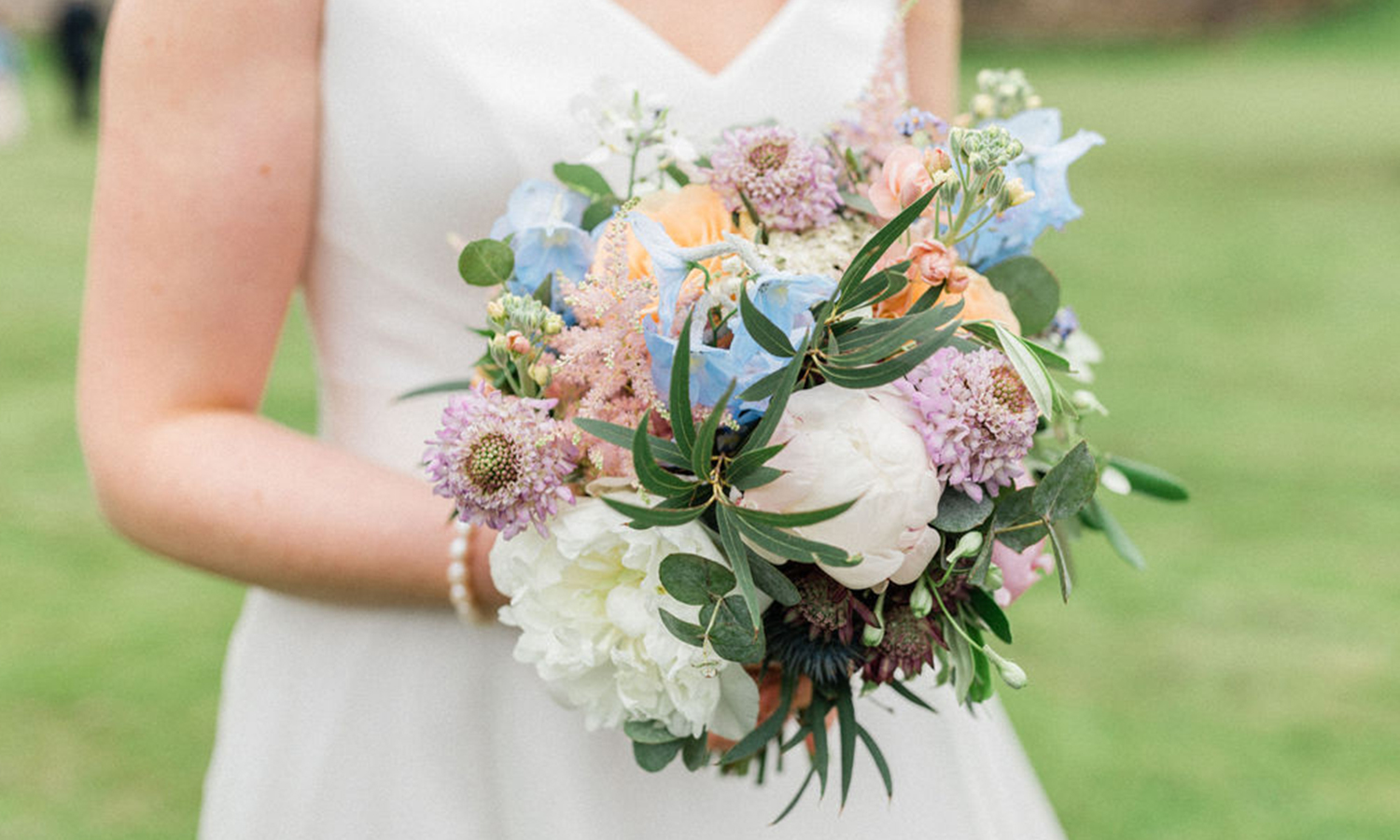 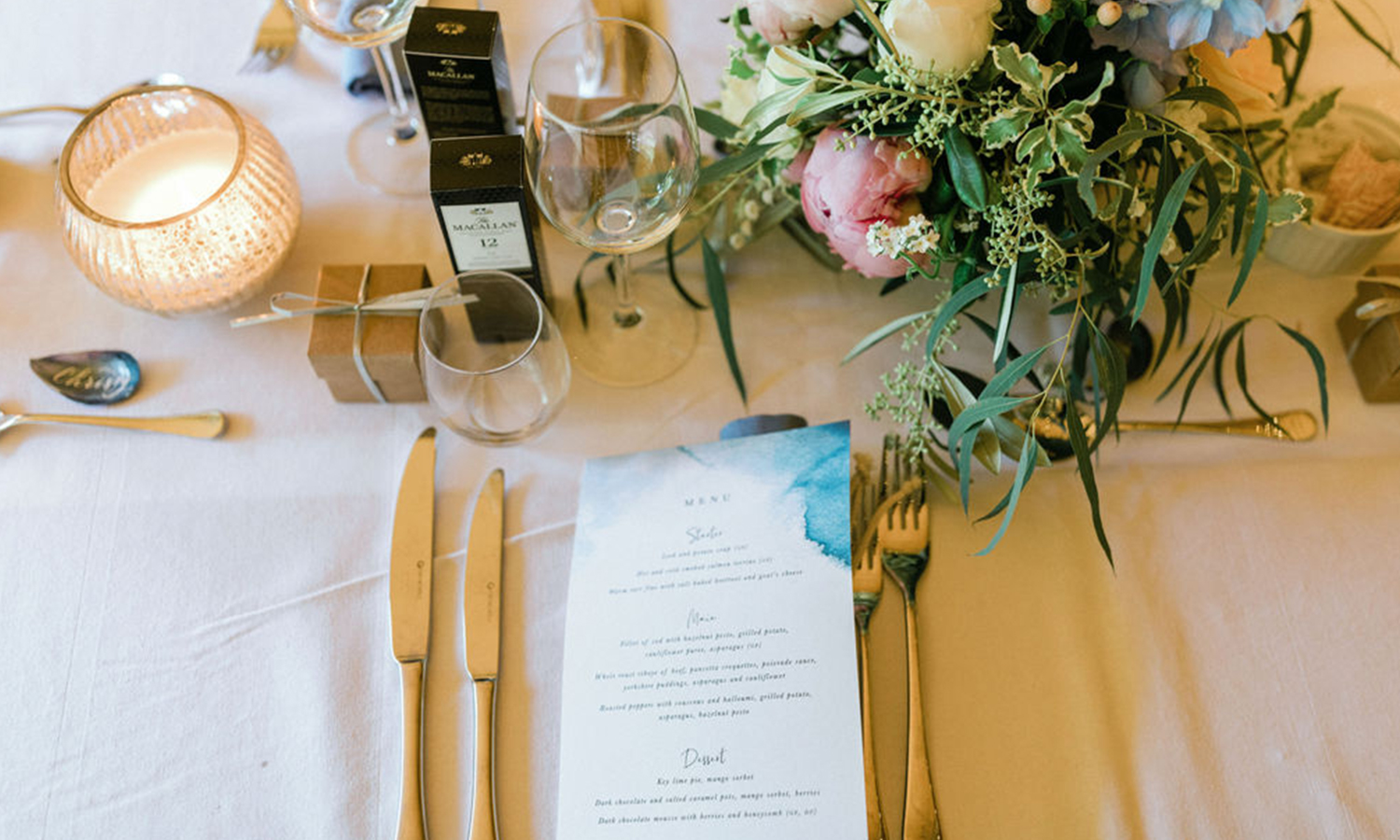 You can’t beat a rustic celebration with stunning, statement florals 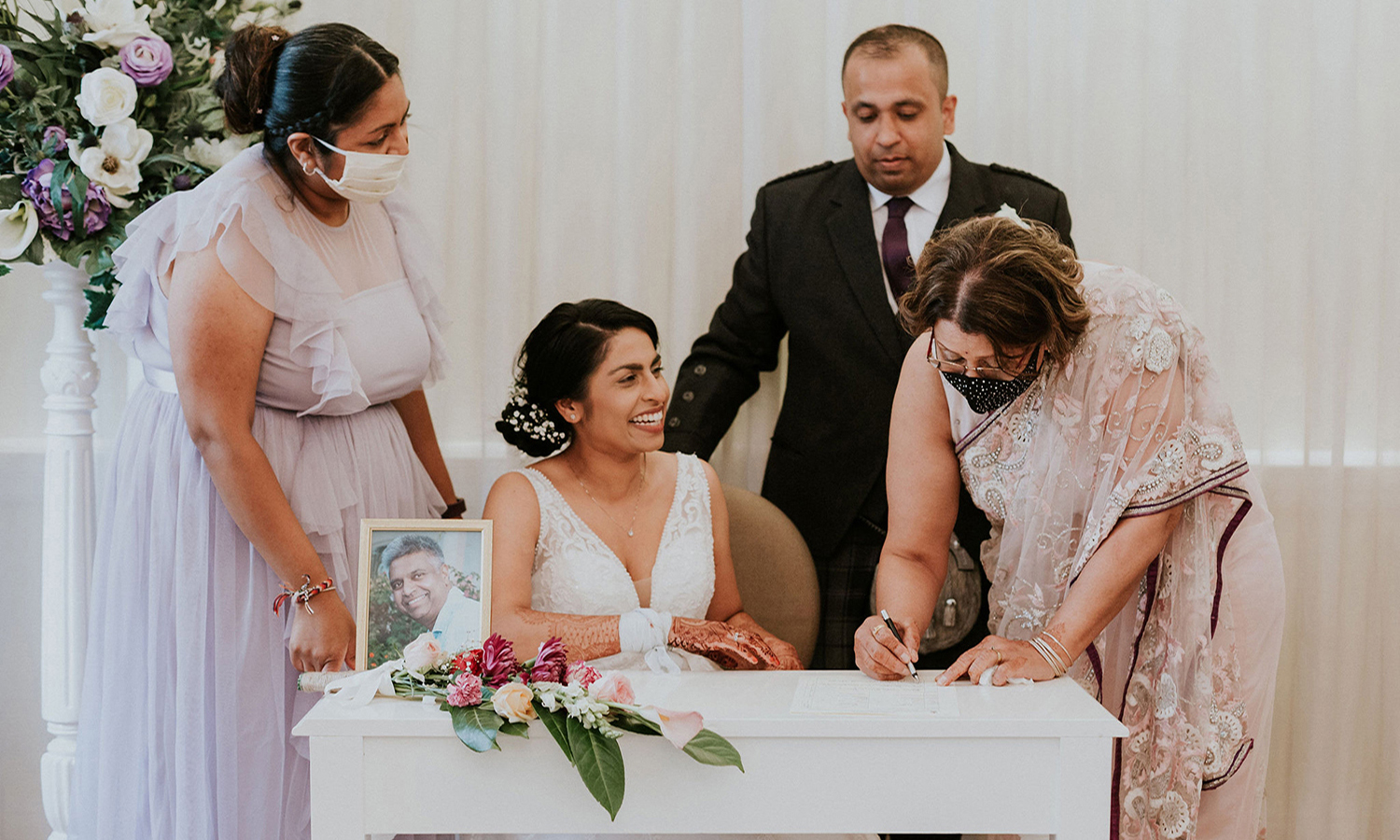 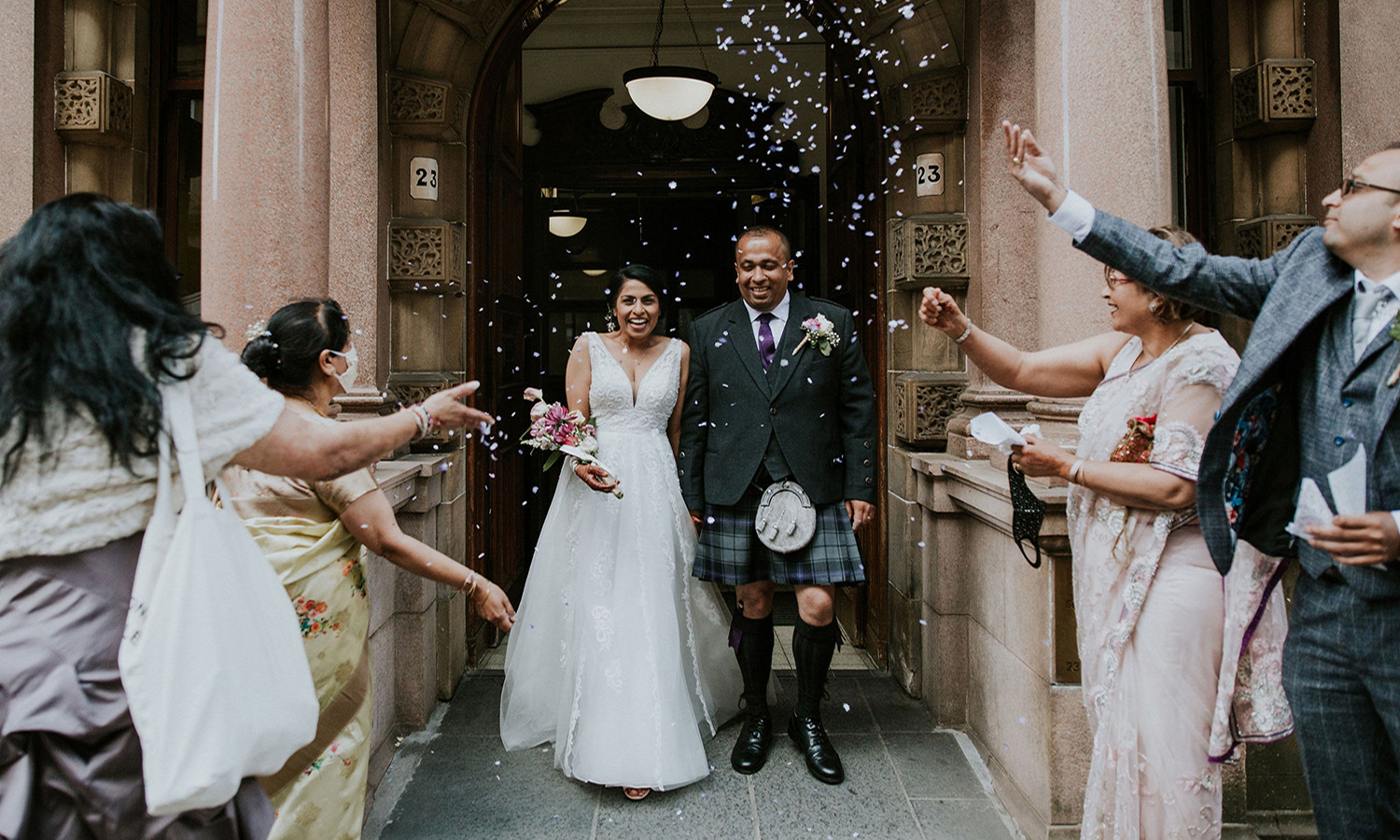 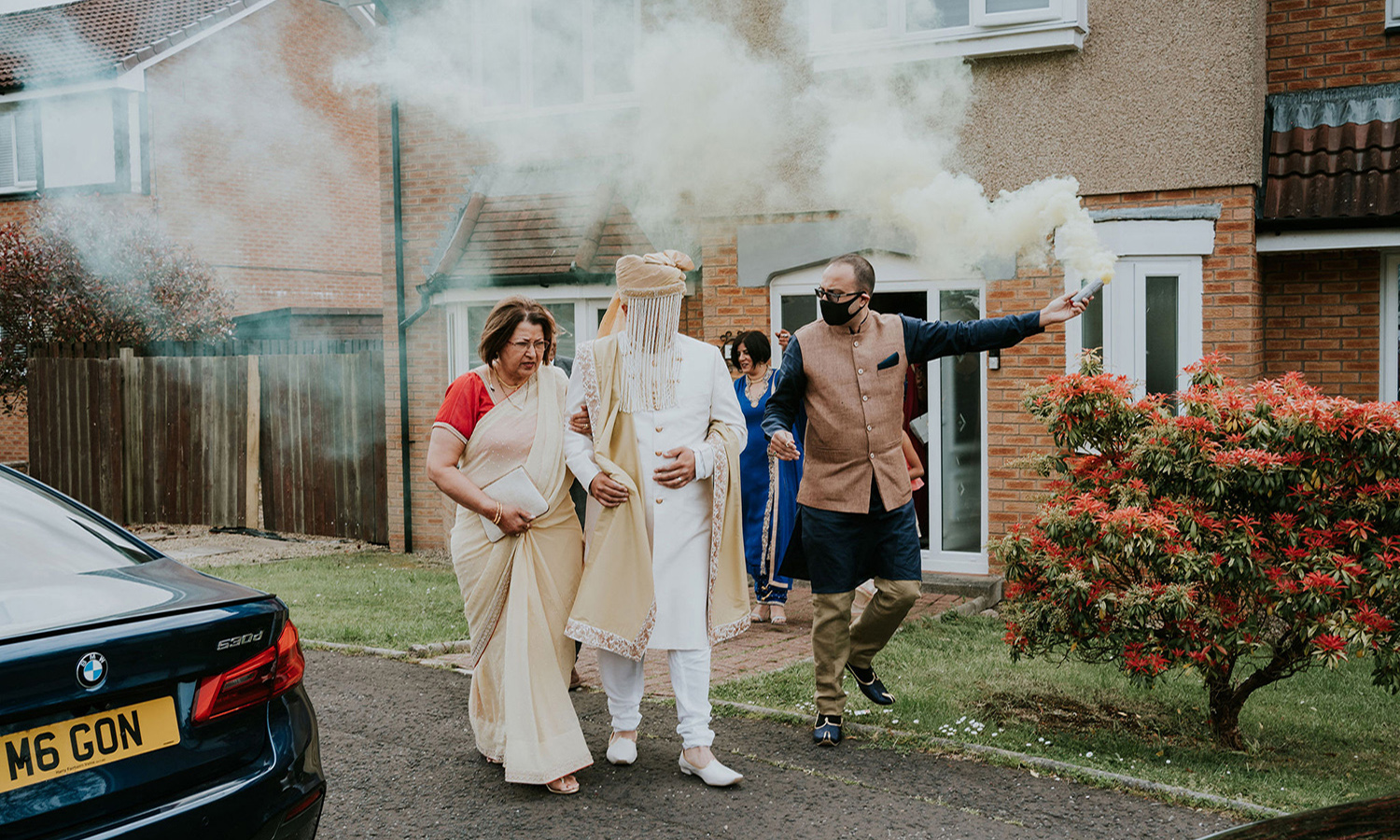 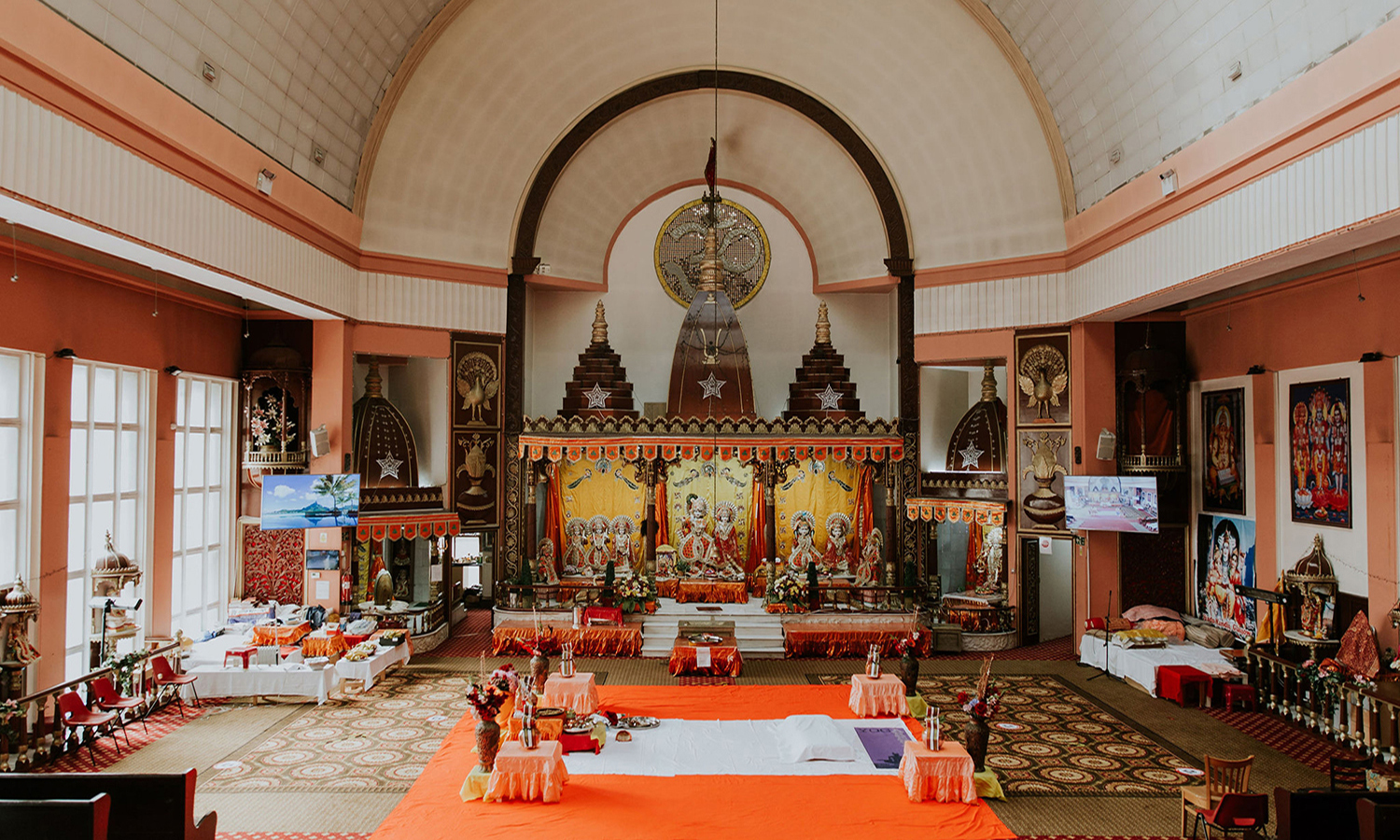 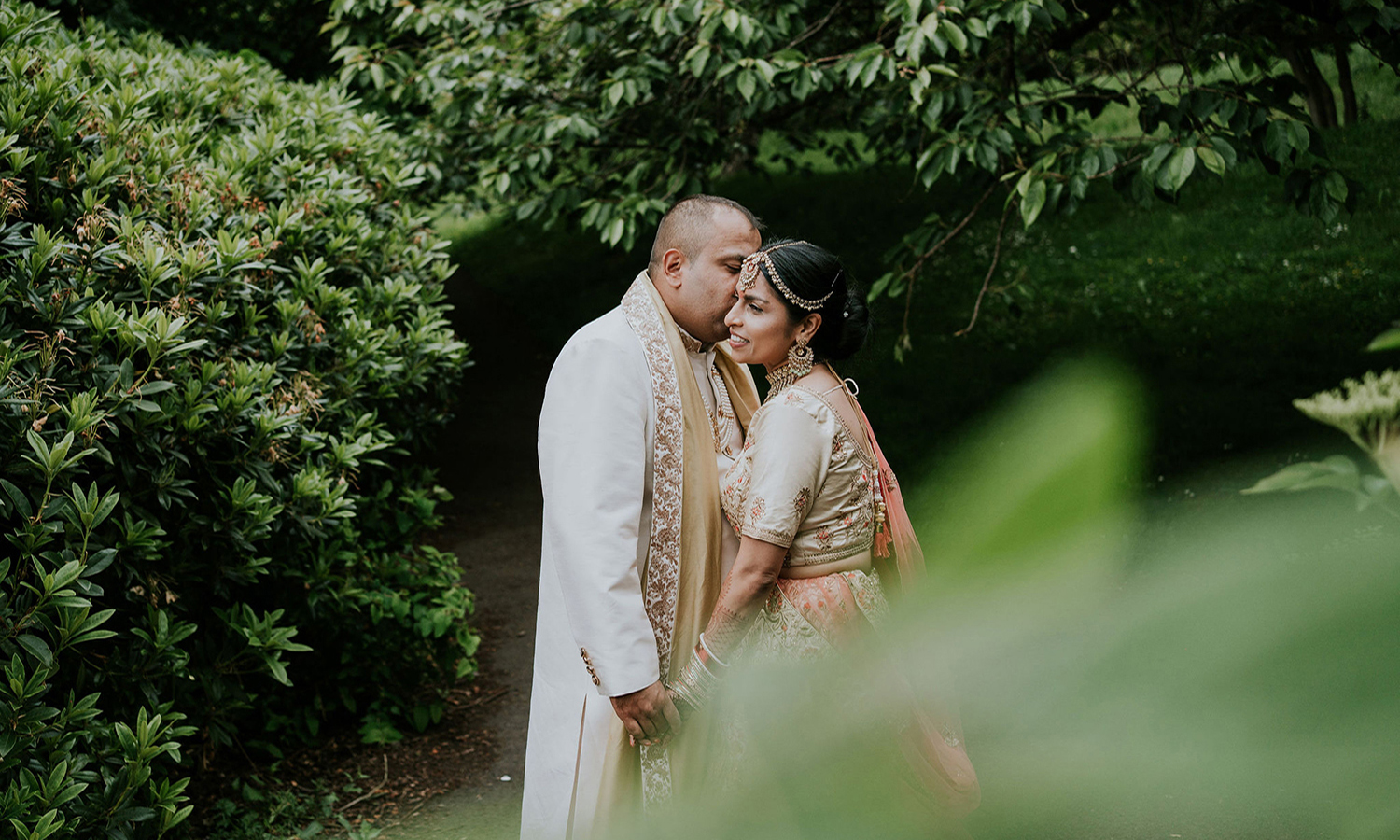 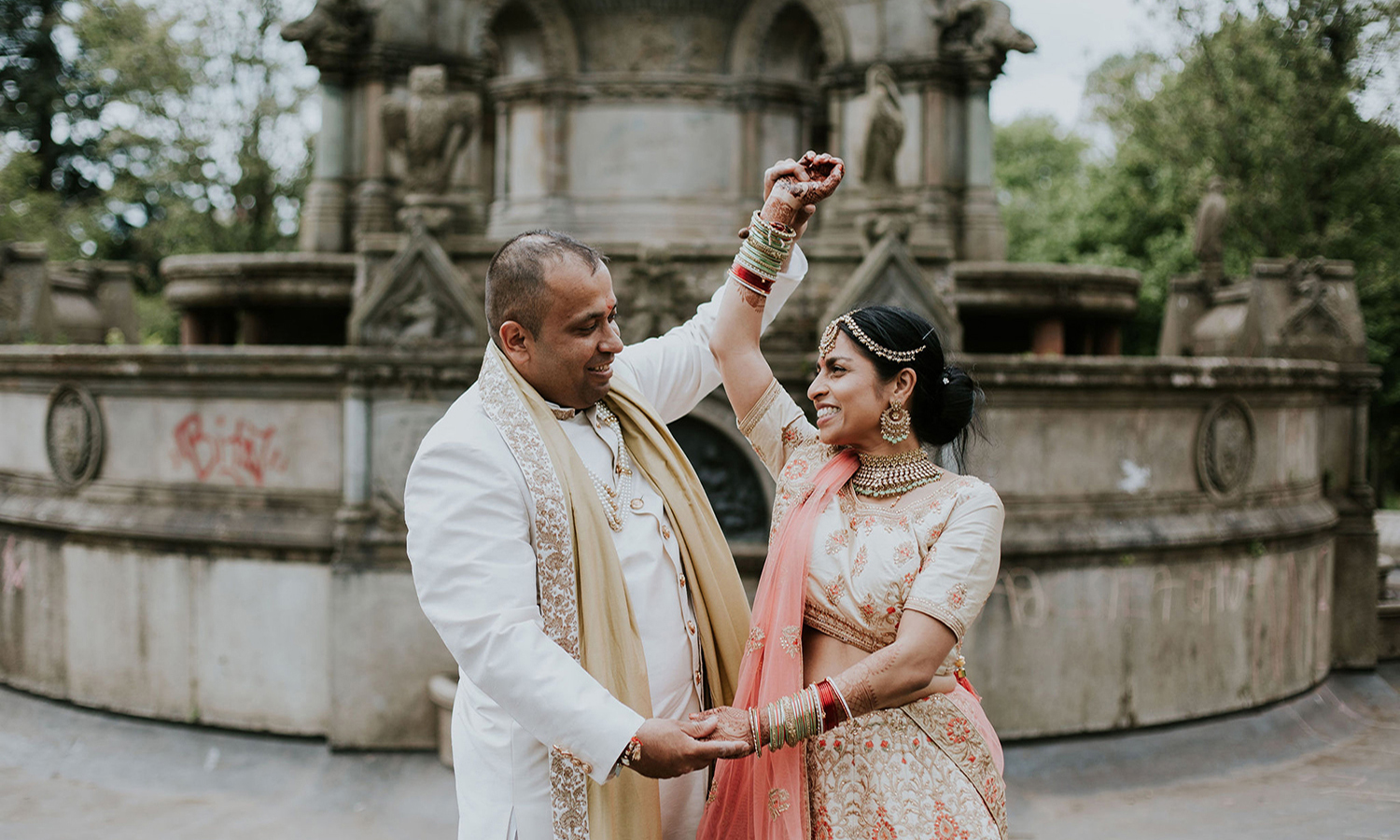 The night before her wedding Nina was too excited to sleep!

Design-minded Paul and Steve thought of everything, from their wedding logo to personalised luggag